In ordinary times, we would invite you to visit our 11/30 Visitors Center.  Until then, please enjoy exploring Franklin County virtually through our website.

11/30 Visitors Center is the name of the Franklin County Visitors Bureau’s new home. Long before the visitors bureau took up residence in the former National Bank of Chambersburg, built in 1865, 11/30 was the intersection of the Molly Pitcher and Lincoln Highways. It is the Crossroads of the Country, where two major American transportation routes meet, both with storied history throughout the 18th, 19th, and 20th centuries. Route 11–the Molly Pitcher Highway– and Route 30–the Lincoln Highway meet in the center of Franklin County on Memorial Square of Chambersburg. 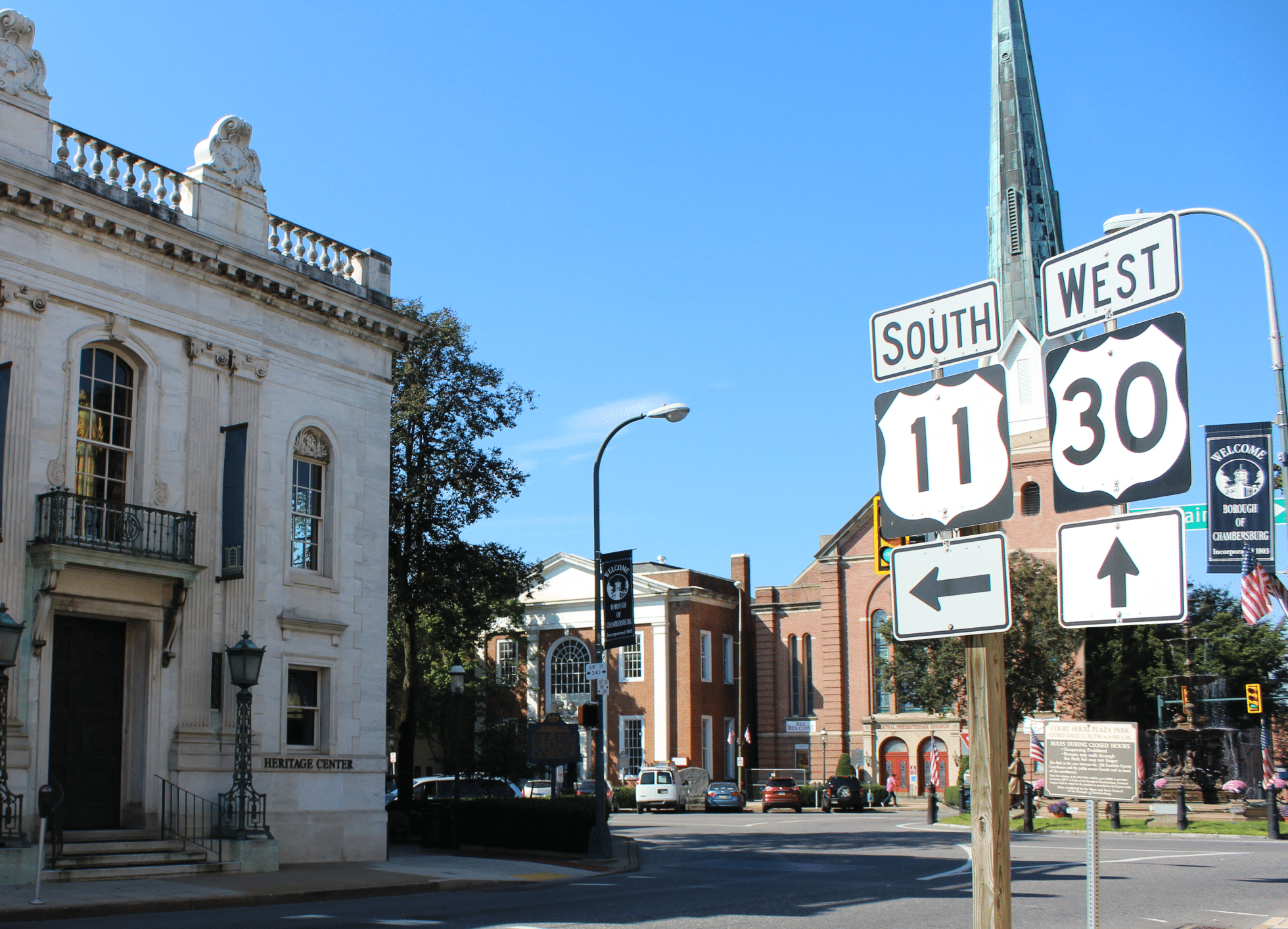 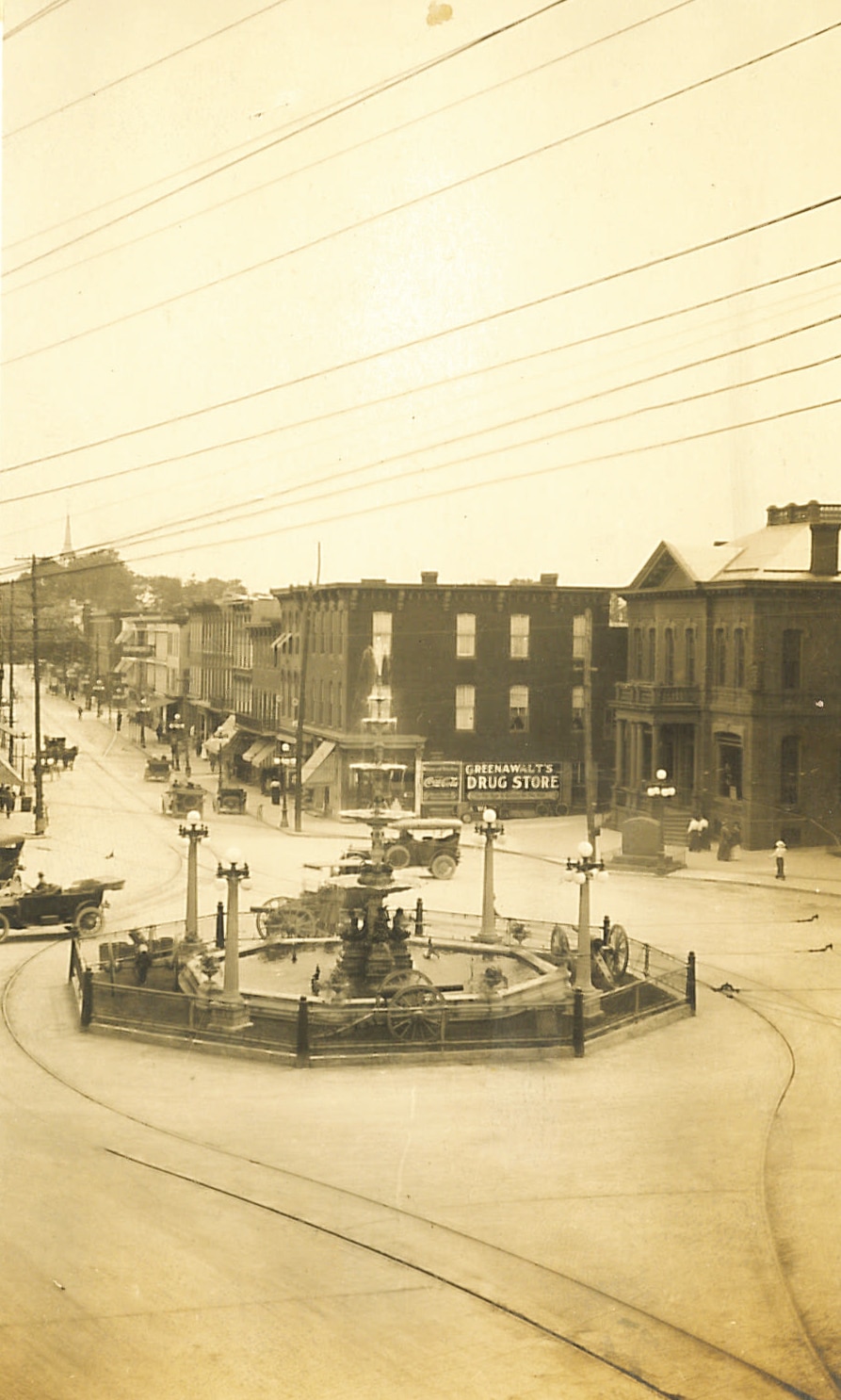 This photo from 1910 shows the Chambersburg square and the bank building after tracks were added for the trolley.

In the 18th century, 11/30 was the crossroads of the nation as Scots-Irish and German immigrants pushed the boundary of the frontier westward. As the century moved forward, 11/30 was a colonial gateway trans-porting early Americans toward their dreams of a better life. 11/30 was bustling with taverns and inns; liveries, wheelwrights, and blacksmiths, and stores with all forms of supplies for the journey to a new life.

In the 19th century, steam power brought the trains and 11/30 served as a busy hub for the newest mode of transportation. When Civil War touched the nation, the square of Chambersburg was the meeting place of Confederate General Robert E. Lee and his Commander of the Third Corps, General A.P. Hill. On this site, the Confederate leaders conferred on movement of the Union troops, changed plans to move towards Harrisburg, and decided to move east toward Gettysburg. The pivotal history that followed is well-known. Then, on July 30, 1864, a year later Confederates returned to Chambersburg, ransomed the town, and with the ransom not met, burned the core of town. American spirit prevailed, and the town rebuilt.

At the beginning of the 20th century, Americans discovered the auto-mobile and the individual freedom it brought. Their travels brought to 11/30, the meeting point of the two of the oldest routes in America. In the early 1900s, the Washington Hotel, just one block east of the Chambersburg square, was a state-of-the-art hotel for travelers, hosting famous entertainers like Jimmy Stewart, Enrico Caruso, Mary Pickford, and Douglass Fairbanks. It was known as the best in the Cumberland Valley and equaled by few from Chambersburg to Pittsburgh.

11/30 is Main Street America, reminiscent of a Norman Rockwell scene. It is parades, festivals, and First Fridays. 11/30 is the launching point to explore Franklin County’s trails of history, art and architecture, recreation, natural beauty, fresh foods and the warm hospitality of communities like Chambersburg, Greencastle, Mercersburg, Shippensburg, and Waynesboro. 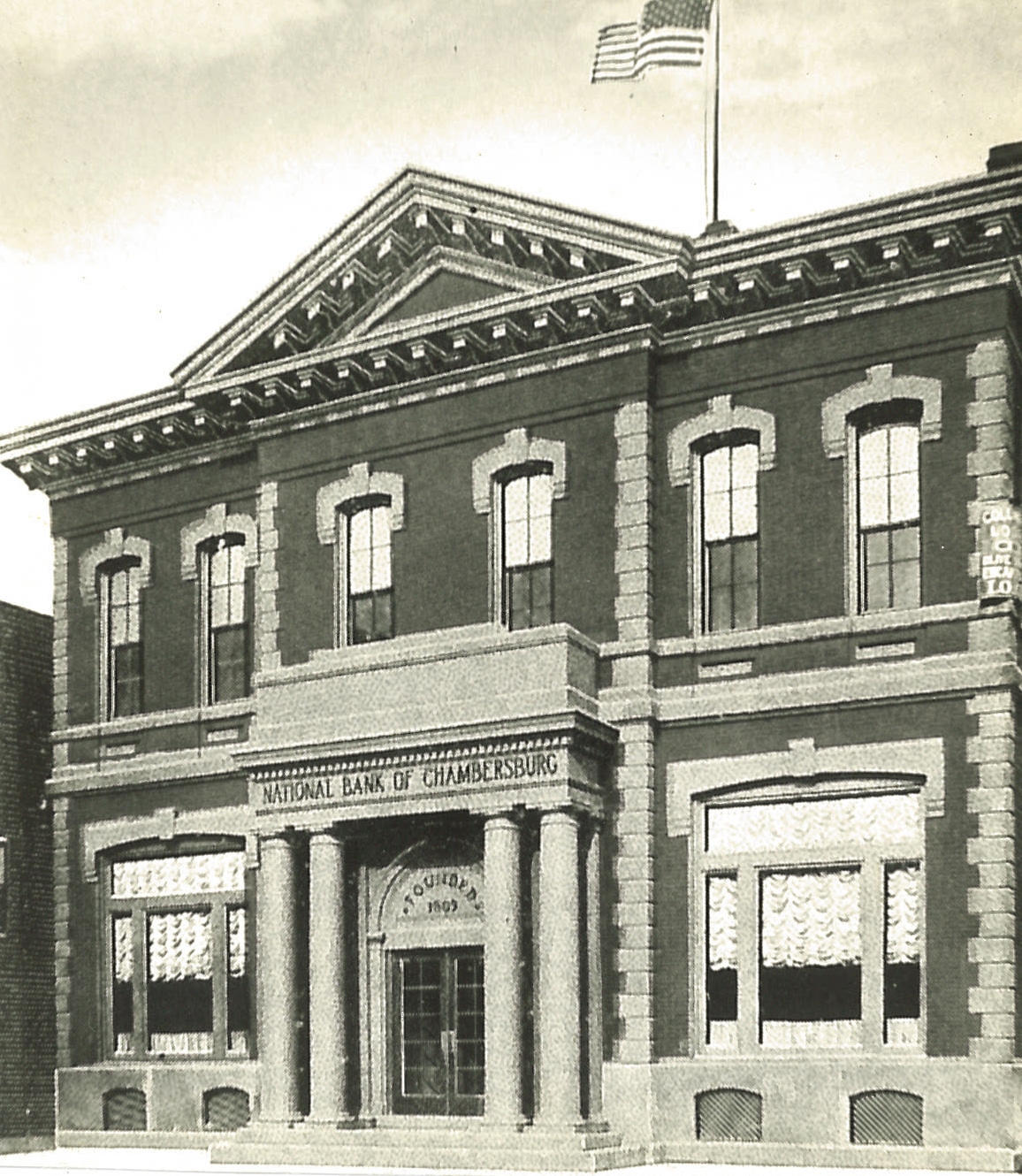 A rendering of what the National Bank of Chambersburg building looked like in the 1920’s. 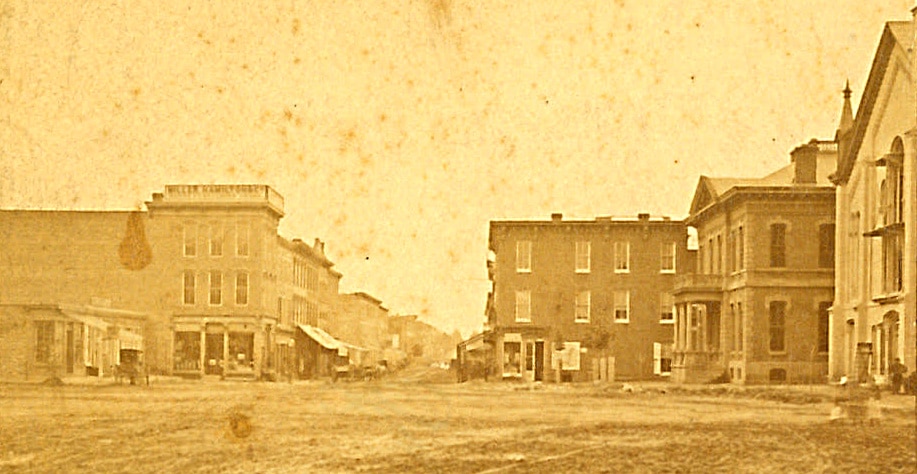 The Chambersburg square before the Memorial Fountain was constructed in 1878. 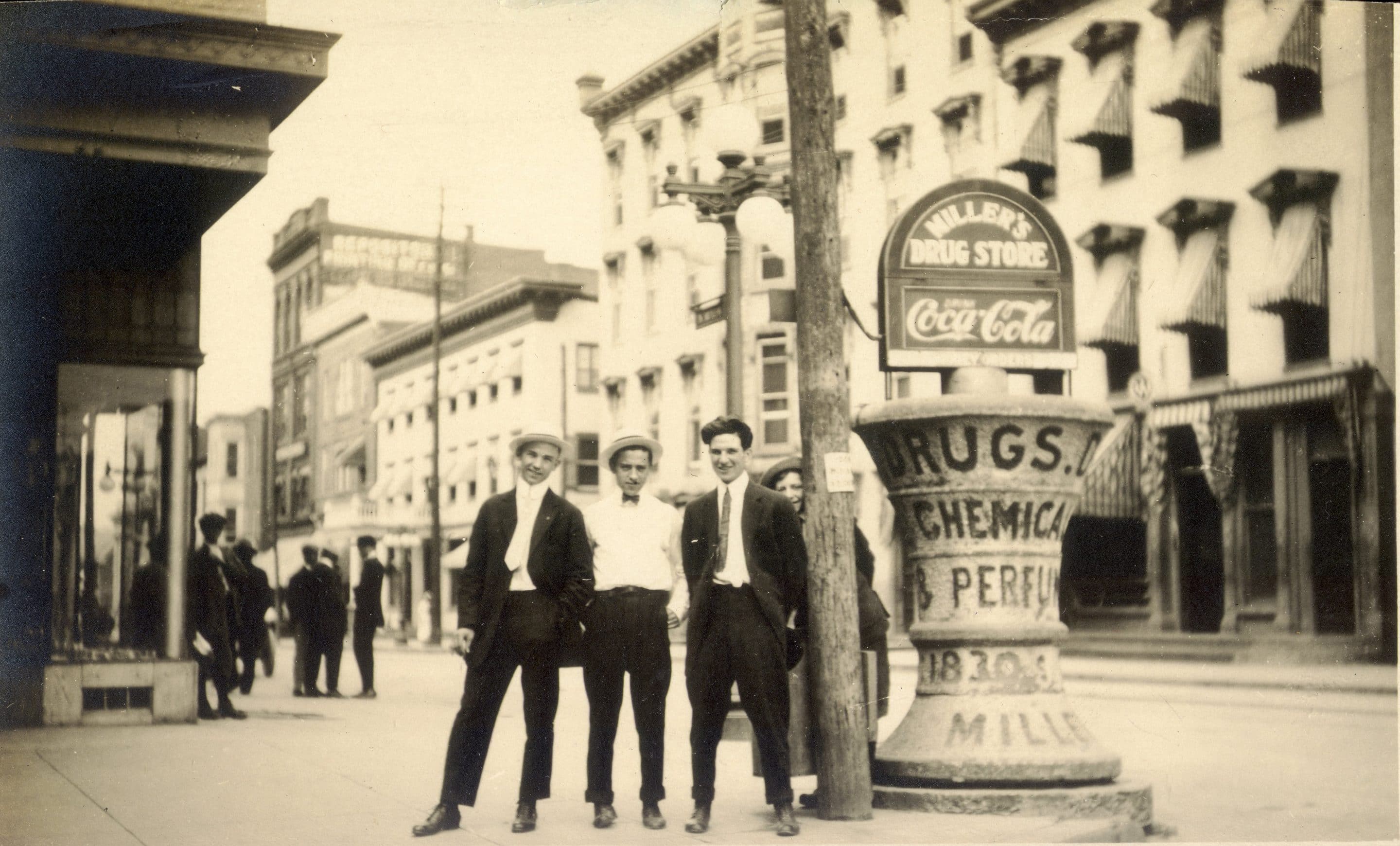 Chambersburg has been a thriving town because of its hard-working people.

Photos From Our Opening: 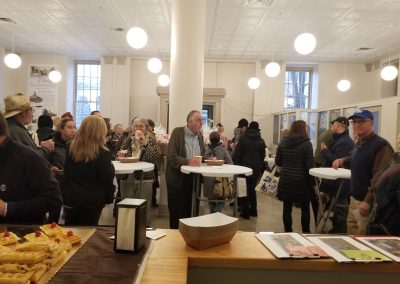 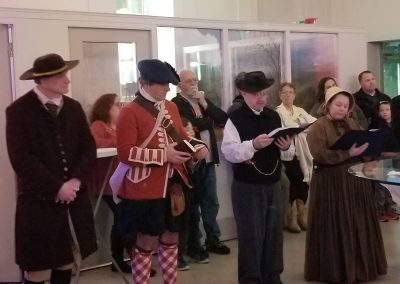 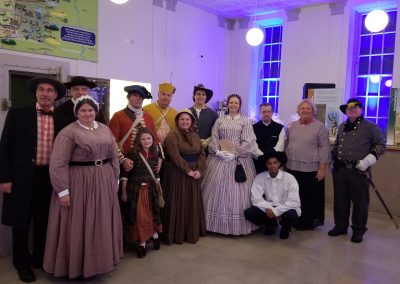 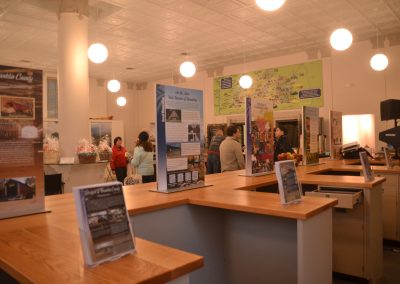 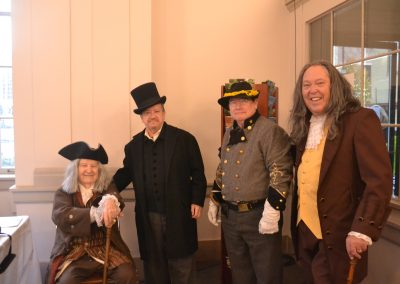 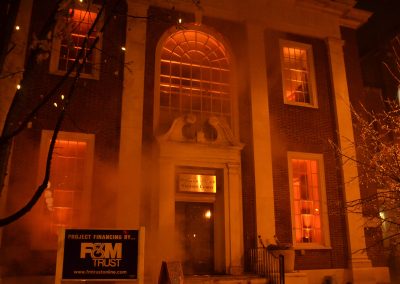 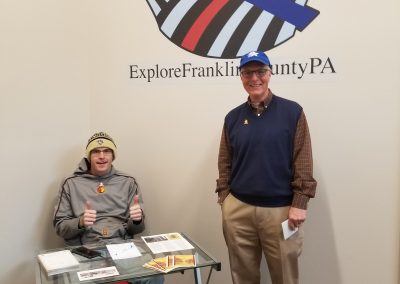 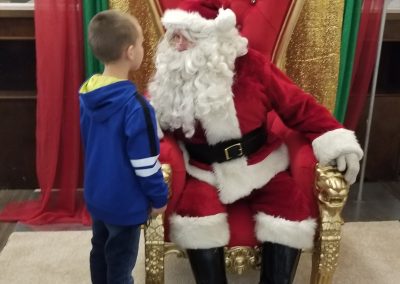 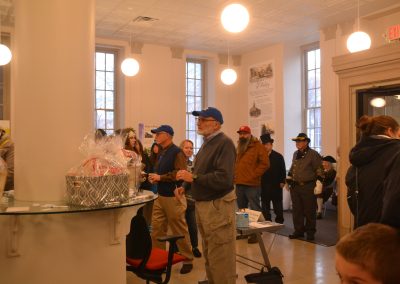 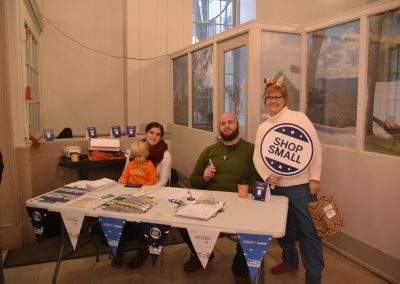 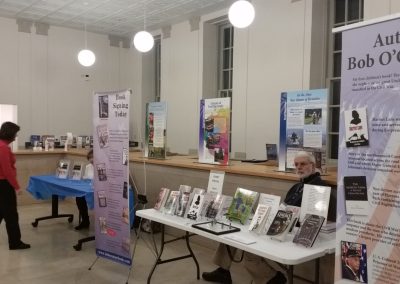 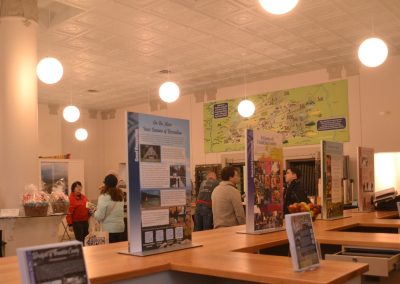