COVID-19 changed the 2020 presentation. The history came to lifeas if it were a radio show. Ironically, 1920 marks one hundred years of radio.

Watch a compilation of past events. 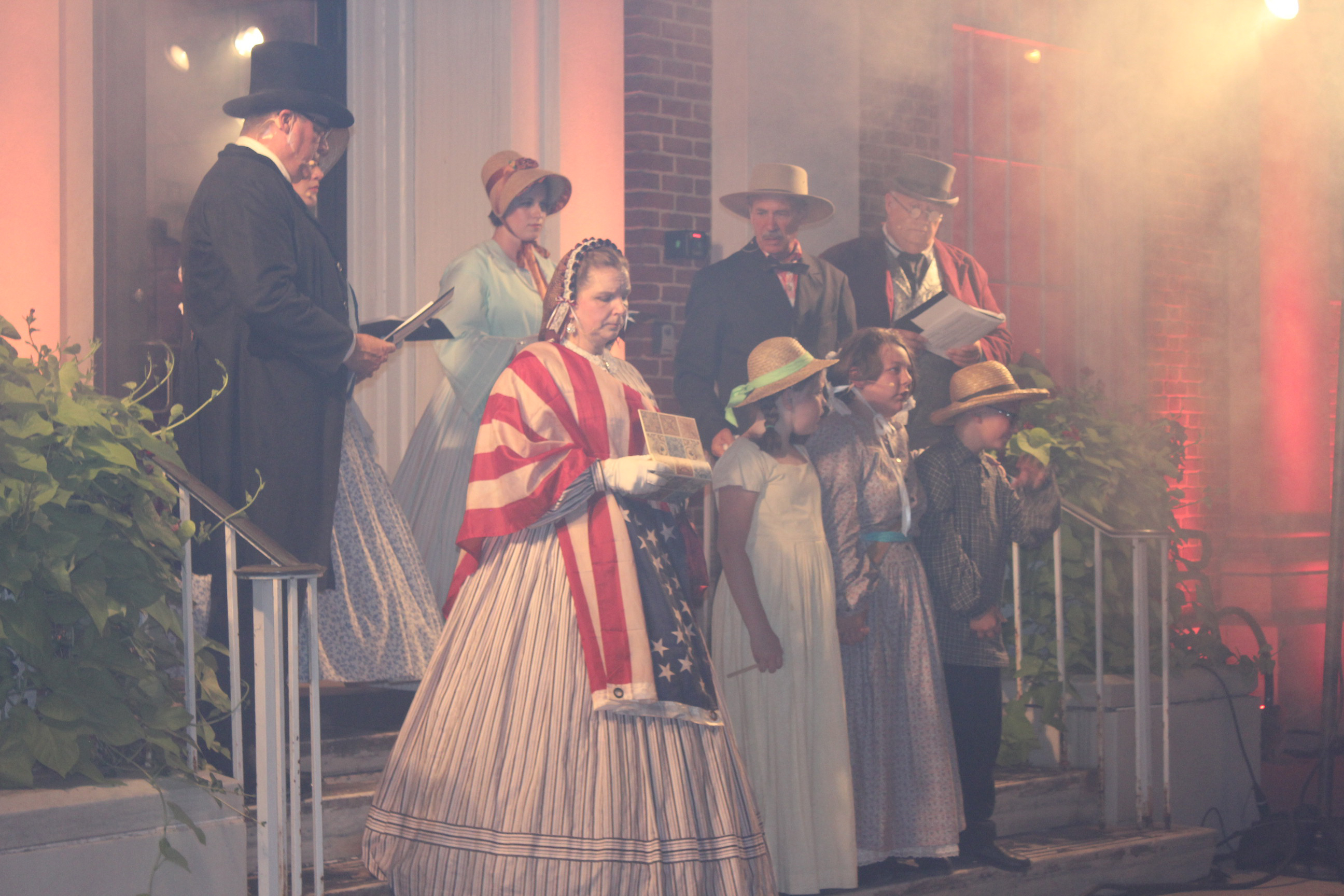 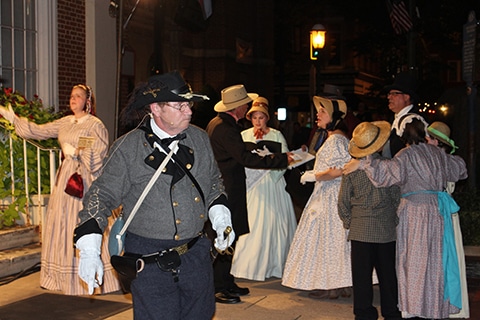 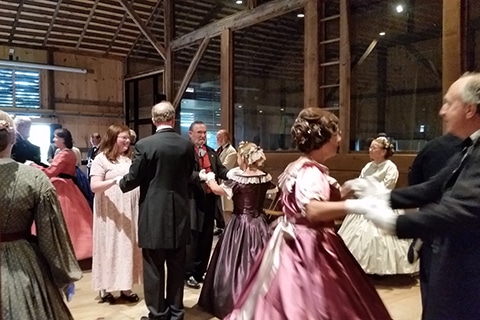 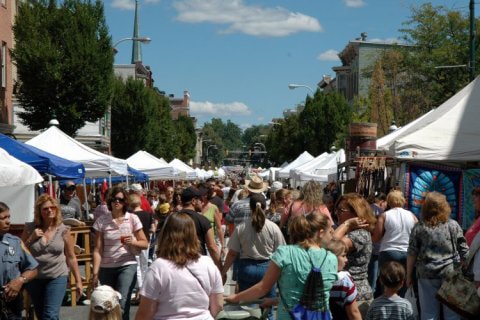 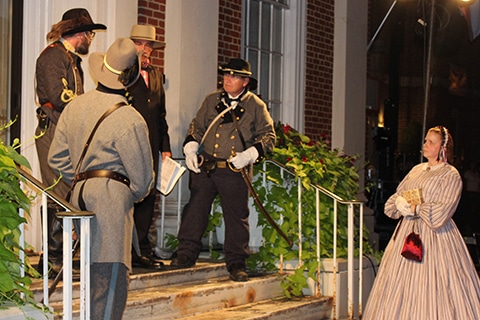 On July 30, 1864, Brigadier General John McCausland and 2,800 Confederate cavalrymen entered Chambersburg, Pennsylvania, rang the Courthouse bell to gather citizens and read a ransom demand of $100,000 in gold or $500,000 in Yankee currency or else the town would be burned in retaliation for the destruction committed by General Hunter in the Shenandoah Valley.

Even if the citizens of Chambersburg wanted to meet the demand, they could not. With the Stuart’s raid in 1862 and the invasion of the Army of Northern Virginia in 1863, residents shipped their valuables out of town. Banks, also, transported their money to safer places. The townspeople knew Couch telegraphed Averell and stalled for time. As soon as McCausland realized the ransom demand would not be paid, he gave the order to burn the town.

Detachments were sent to different parts of the town. Firing the buildings on the square commenced. Houses were opened, furniture was broken, piled in heaps, and set on fire. Sometimes the fire was started in closets or bureaus with clothing. The Confederates moved quickly and fired building after building. It was a horrific and startling scene.

The firing of the town began about 8 AM and by 11 AM, the Confederate forces had all left Chambersburg with ten squares of properties in ruin and 2000 residents homeless. The destruction was massive.  Flames destroyed more than 500 structures leaving more than 2,000 homeless.

However, this would not be the end.  Out of the ashes of this tragic event, through strength and courage of a determined people, Chambersburg would be rise.

One month after the burning, Chambersburg was busy formulating progressive recommendations for the rebuilding of the Town.  Then ten years after the 1864 burning, the community was solidly moving toward a new era. Ladies groups and veterans’ organizations resolved to establish a memorial to pay tribute to the soldiers of Franklin County in the Civil War. On Saturday, July 20, 1878 more than 15,000 gathered in the diamond of Chambersburg to remember, honor, and appreciate the County’s veterans with the dedication of the 26-ft. tall, 5-basin cast iron bronze Memorial Fountain. It included a 7-ft, tall bronze soldier. Along with the tribute to veterans, the day carried a significant amount of gratitude for the good fortune of Chambersburg to emerge from the ashes rather than be buried by the events of July 30th, 1864. It was a day to celebrate Chambersburg coming to life and Memorial Fountain stands as a constant reminder.

The rebuilding brought a fresh vibrant Chambersburg. The Cumberland Valley Railroad extended to Hagerstown and on to Winchester. The Western Maryland railroad extended the rail line from Waynesboro to Chambersburg. Chambersburg commenced the municipal operation of utilities and the size of the town expanded. By 1900, Chambersburg had 9000 residents, nearly twice the population at the time of the 1864 burning. 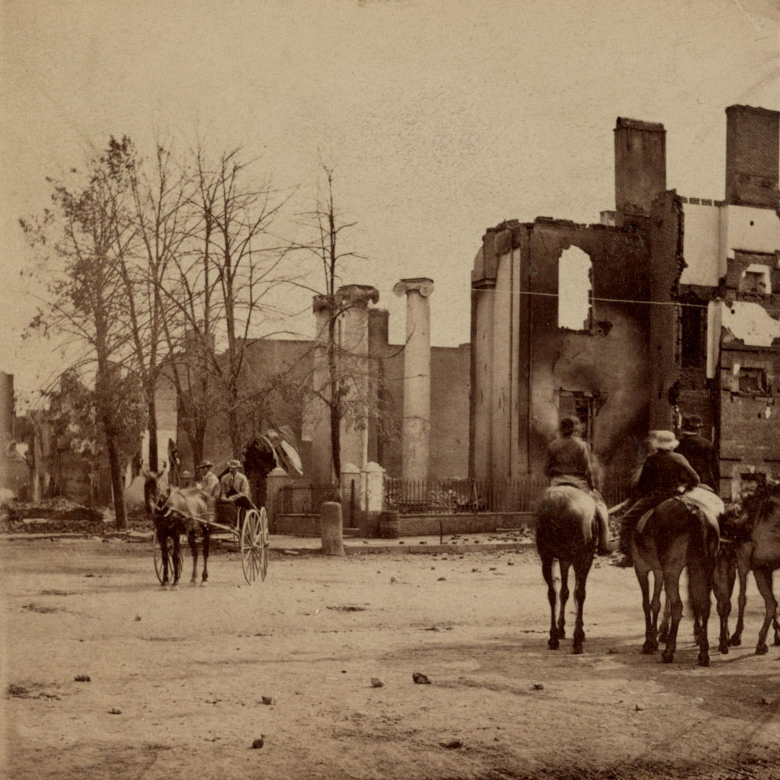 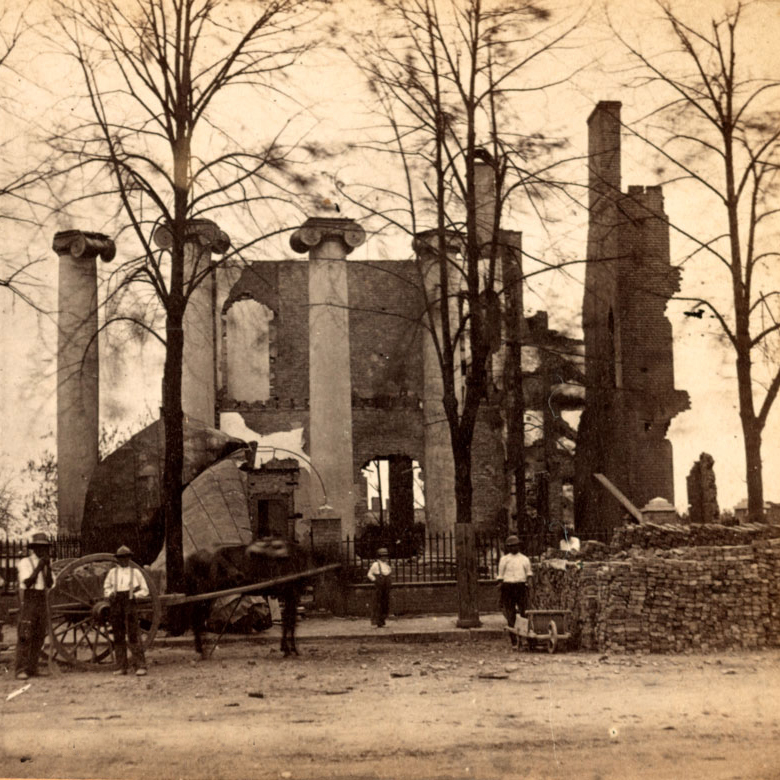 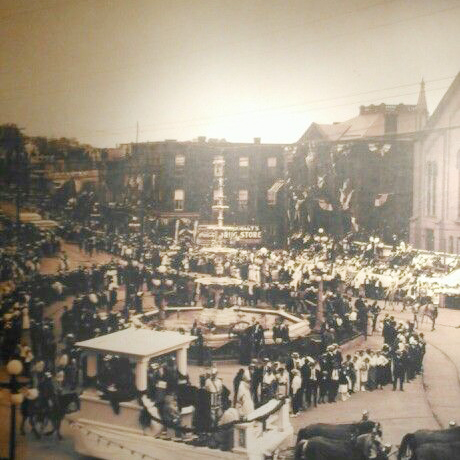 History comes alive in Chambersburg, Pennsylvania radio style of the tragic event in 1864, then celebrate the rebirth of community of people who did not give up.

Enjoy the musical talents of A Cappella & Unplugged, great food and side walk sales.  See you there!