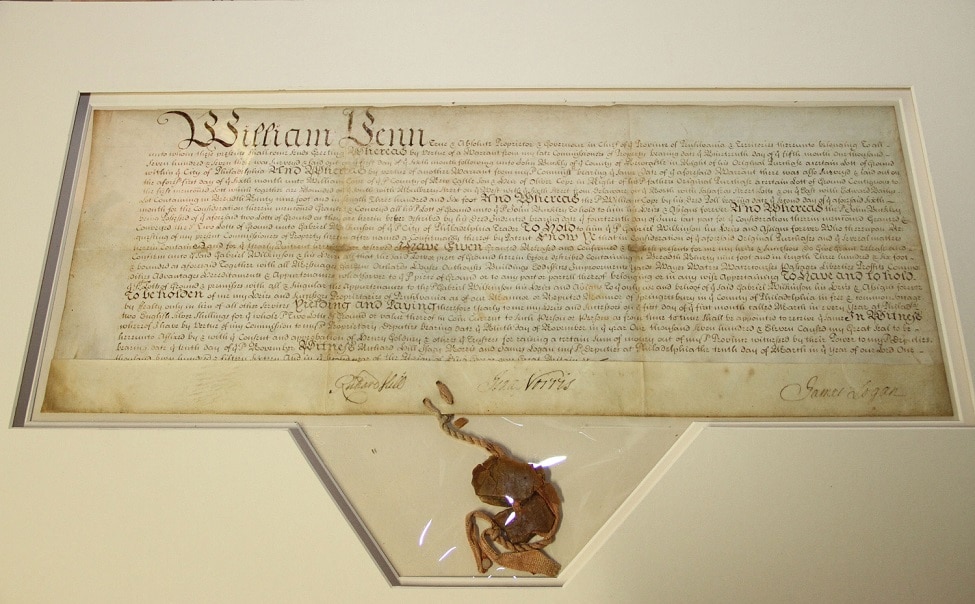 From the Colonial era to the present, there have been 112 terms of office and 102 men who have served as governor of Pennsylvania. The figure of 102 does not include the only woman, Hannah Penn, wife of William, who assumed the duties of proprietor of the colony while William endured a lengthy illness before his death.  Eight men served two different terms and one man served three different terms of office.

The exhibit is comprised of at least one primary document with the signature of each of the 50 men from the collection.  Of local interest, are the signatures of William Findlay and Joseph Heister from Mercersburg, Pennsylvania.  The signature of one of the signers of the Declaration of Independence, Thomas McKean, is also part of the exhibit.  He was Delaware’s delegate to the 1776 Continental Congress, in Philadelphia.

The documents contain the governors’ signatures while in office, as well as outside their terms of office. The collection will be complemented by copies of illustrations, portraits, or photographs of each of the 50 men.  As an accompaniment during the tour, visitors will be provided with a notebook containing historical sketches of each man’s service to Pennsylvania.

There is no admission fee but donations are welcomed and accepted.  For more information please visit the museum’s website at www.greencastlemuseum.org, Facebook, on Twitter @greencastlemuzm, or call 717-597-9010.