Join Civil War professional John Galie as he walks you through guided tours of the battle that took place on July 4th, 1863. Walk the road taken by a 20 mile long wagon train, a part of Gen Robert E. Lee’s retreat. Finish at the road Union cavalry (including Brig Gen George Armstrong Custer) used to cut them off and destroy Confederates supplies.

Walking tours are fre. Times of the walks are:

11 AM and 2 PM on Saturday, and 11 AM on Sunday. Meet at the Monterey Pass Battlefield Museum. 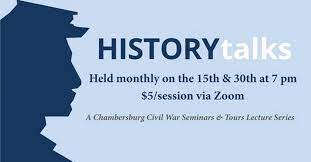 The next Chambersburg Civil War Seminar HISTORYtalk event will be with James Broomall on July 30 at 7 p.m. EST via Zoom. His talk will be: Battling for Gettysburg: Visual Representations of the Civil War’s Largest Fight. Following the talk will be a Q&A period.

Talk Synopsis
Long after the battle of Gettysburg had been decided, a struggle over the contest’s meaning ensued. Between the 1860s and 1870s, artists began producing visual representations of the fight that resulted in a series of competing interpretations that conversely highlighted heroism at, revealed the violence of, or offered meaning for the three-day contest. Using visual culture and primary source accounts, this talk will recount that how Americans consumed and imagined depictions of the battle of Gettysburg.

Biography
Dr. James J. Broomall is the Ray and Madeline Johnston Endowed Chair in American History at Shepherd University and the director of the George Tyler Moore Center for the Study of the Civil War. He has published articles and essays in Civil War Times, Civil War History, and The Journal of the Civil War Era, and completed two historic resource studies for the National Park Service. The University of North Carolina Press published his book, Private Confederacies: The Emotional Worlds of Southern Men as Citizens and Soldiers as part of the Civil War America series. He is currently working on a book-length project that examines visual and material representation of violence during the Civil War era. 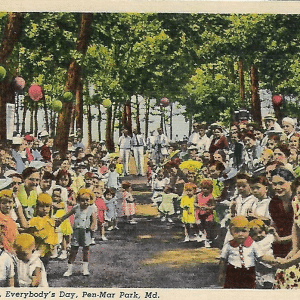 Bring the family to Waynesboro Day at Pen Mar Park on Sunday, July 25, from Noon to 5 PM. Opening is set for 1:15 PM. Music by Jay and The Jingos begins at 2 PM. Bring a picnic lunch, dance, or just enjoy the music. Learn the Paul Jones dance or try an old fashioned cake walk. It is a family fun day with activities for the kids from 1 PM to 3 PM, including a balloon clown and barrel train rides, provided by the Blue Ridge Summit Fire Hall. All events sponsored by The Owl’s Club of Waynesboro.

Pen Mar Park is less than 1/4-mile from the Mason Dixon Line and the Appalachian Trail passes through the park. Pen Mar is still enjoyed by families of Blue Ridge Summit and Waynesboro, but in its prime, it was a destination for many residents of the Baltimore area. The trains of the Western Maryland Railroad brought tens of thousands of visitors to Pen Mar Park to enjoy the amusement park and the mountains. The park operated from 1870 to 1942. As more people owned automobiles, train excursions declined in popularity and the park ceased operations. But, the view of the Pennsylvania portion of the Cumberland Valley, about 1400 feet below, is still beautiful. 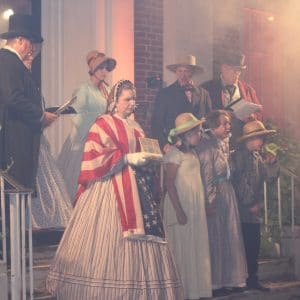 Franklin County Visitors Bureau invites the public to 1864—a living history portrayal and celebration of the Rebirth of Chambersburg—on July 17, 2021. Nearly 157 years ago, on July 30, 1864, General John McCausland and 2,800 Confederate cavalrymen ransomed Chambersburg for $100,000 in gold or $500,000 in Yankee currency. Chambersburg could not pay the ransom and the town was fired, leaving more than 500 structures in ashes and 2,000 people without homes. Yet, Chambersburg grew out of the ashes of destruction and is once again a thriving community in southcentral Pennsylvania.

“Since the first 1864 event, a common question is: why celebrate a town’s burning?” said Janet Pollard, Executive Director of Franklin County Visitors Bureau, the organization responsible for the annual event. Pollard explained, “1864 celebrates the rebirth of the town and the spirit of the people, who brought Chambersburg to life.”

1864 began as a kick-off event for Civil War 150 in 2011. Partnering with nearby Gettysburg PA, Franklin County highlighted its significant Civil War history. Over the past ten years, the event continued to grow as a celebration of the spirit of people and community.

Join in celebrating the Rebirth of Chambersburg on July 17 with a full day. 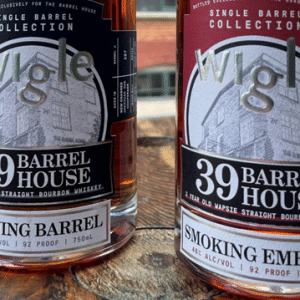 And now for the details…

When: Friday, July 16th. Doors open at 6 PM with Tasting starting at 7 PM

– A special gift from TBC and The Barrel House- a Rocky Patel Barrel Aged Toro Cigar to enjoy while mingling in the courtyard or to take home! Don’t forget your cigar cutter!

– Drink ticket for one neat, rocks or mixed drink pour after the tasting is completed

Space is limited, so get your tickets today. For ticket purchase, please go here.