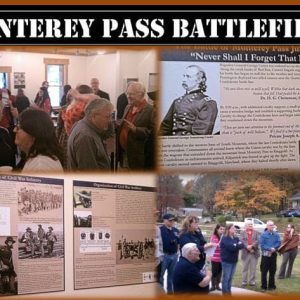 Lee’s retreat from Gettysburg was plagued by thunderstorms and mud. With 50,000 troops to move to the safety of Virginia, and his 60 miles-long wagon train of wounded and supplies, his journey was arduous. There were two routes to Virginia.  The longer route extended west from Gettysburg through Cashtown Gap to Chambersburg, and from there south to Greencastle and on to the Potomac River at Williamsport, Maryland. The shorter and more direct route extended west to Fairfield, and up the mountain through Fairfield Gap and Monterey Gap, and then on to Hagerstown and Williamsport.

40 miles of wagon trains and infantry marched the shorter route, on winding mountain roads, in pouring rain, with poor visibility and mud. The wagons across Monterey consisted of Lieut. General Richard Ewell’s Corps Train and the Reserve Train of Major John Harman.

Join members of The Friends of Monterey Pass Battlefield – Darwin Seiler, Lee Royer, and John Gorman – as they retell the story of the battle, and give you a video tour of the site today. Walk the mountain paths with your guide, enjoy the scenic views from visitor-friendly park trails, and explore the museum located on the site of the battle – all without leaving your comfortable armchair.

This presentation will run on the Facebook page of the Adams County Historical Society on April 1 at 7:00 pm.  This link will take you directly to the ACHS Facebook page. It will not be posted until April 1.

Not able to watch live or want to watch it again?  Visit the ACHS YouTube channel to view this or any of our past virtual programs.

As each local building was shown, he talked about the local building features that have antecedents in Europe and where those features are most prevalent. ~ To watch the video, please visit this link: https://greencastlemuseum.org/videos

Reed studied log houses and other types of log buildings since 1972. He has traveled most of the US and Canada, as well as almost every country in Europe, in his pursuit to understand the traditional log building technologies and where they were developed.  Reed apprenticed to Paul Lewis of the Catoctin Mountains for several years to learn the authentic methods of constructing a log cabin. Later he studied at George Washington University where he received his Masters and PhD. Reed has come to understand that most of what we have been taught over the last century concerning the quintessential American log cabin is mostly inaccurate and, therefore, poorly understood.

Join Allison-Antrim Museum for this enlightening talk about the world’s longest-used housing form and certainly one of the most romantically honored and yet humble structures the world has ever known. The late Ted Alexander introduced Doug. 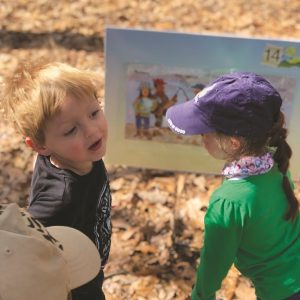 A new book has been installed on the StoryWalk® children’s story trail at Pine Hill Recreation Area off Mentzer Gap Road in Waynesboro. The park is open during daylight hours, and visiting the StoryWalk® is free.

Compost Stew by Mary McKenna Siddals, with illustrations by Ashley Wolff, was installed by The Institute, in partnership with Washington Township, Alexander Hamilton Memorial Free Library and the Waynesboro Area School District (WASD).

“The weather is warming up, and we hope people will come out and enjoy this family-friendly activity, reading an adventure as they walk along the trail,” said Pam Rowland, an education director for The Institute.

The StoryWalk® trail is at the top of the park (just past the Dunlap Family Skate Park), and is easily accessible and wheelchair friendly.

The trail is open year-round, and plans call for a new book to be installed every month or two. Compost Stew will remain up through April.

Participants should practice social distancing, giving others six feet of space, and follow official Covid-19 safety guidelines while in the park.

The StoryWalk® Project was created by Anne Ferguson of Montpelier, VT and developed in collaboration with the Kellogg-Hubbard Library. StoryWalk® is a registered service mark owned by Ms. Ferguson.

The next HISTORYtalk of the Civil War Seminars will be with Scott Patchan on March 30 at 7 p.m. EST via Zoom. His talk will be: Gen. David Hunter and the 1864 Lynchburg Campaign. Following his talk will be a Q&A period.

Talk Synopsis
The history of the Lynchburg Campaign and Maj. Gen. David Hunter has been told repeatedly through the spectrum of the “Lost Cause.” Hunter burns and pillages against innocent rebels on the way to Lynchburg where Gen. Thomas J. Jackson’s old Second Corps under Gen. Jubal Early drives off Hunter in a pitched battle. While it makes a righteous and provocative story line, does it match the full, documented reality of the campaign?

Scott Patchan will present Hunter’s Campaign for Lynchburg to you firmly grounded in the official records and contemporary sources. We will dicsuss the heroes and villains on both sides and assess the campaign in the larger picture of the war, and analyze what Gen. U. S. Grant had hoped to accomplish. 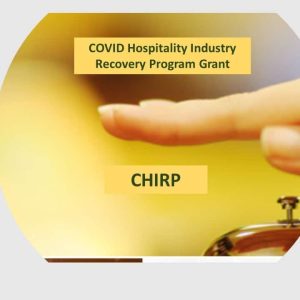 DUE TO OVERWHELMING RESPONSE CHIRP Grants for Lodging & Dining SUSPENDED

Due to the overwhelming number of applicants seeking CHIRP funding, the FCADC is suspending the program as of 5:00 PM on March 17.  The Commonwealth allocated $1,755,892 to Franklin County for the CHIRP.  Please continue to monitor the FCADC website for program updates.

Grant awards will be disbursed to eligible applicants no later than July 31, 2021. 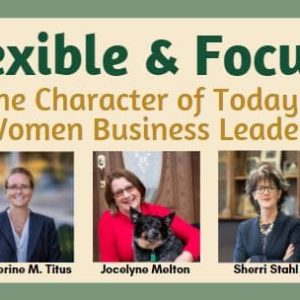 The Greencastle-Antrim Chamber of Commerce is pleased to announce an upcoming women’s seminar entitled “Flexible and Focused– The Character of Today’s Women Business Leaders.” The event, which is sponsored by F&M Trust, will be held at Rhodes Grove Camp and Conference Center on Tuesday, May 11 from 8:30 a.m.  to 11:00 a.m., and will include a morning brunch complete with fancy tea and baked dainties. Specialty vendors will also be on hand for shopping.

The event will feature three, local women business leaders. Katherine Titus, head of Mercersburg Academy since 2016, previously served as associate head for school life at St. George’s School in Middletown, Rhode Island. She earned her bachelor’s degree in mathematics with a minor in secondary education from Middlebury College and her master’s degree in educational leadership from Columbia University.

Jocelyne Melton, CEO of The Baxter Group, Inc., is a certified indoor environmentalist and innovative leader in business development and marketing. In 2019, The Baxter Group received the SBA Women-Owned Business of the Year Award for the eastern Pennsylvania region and later that year was chosen as the recipient of the Franklin County Area Development Corporation Small Business of the Year Award.

Senior Vice-President of WellSpan Western Region Sherri Stahl previously held the role of CNO and SVP for Summit Health. Currently, she is responsible for the oversight of the western region to include: growth and access, entity operations and leadership, performance improvement and quality.

Each of the women will speak on the challenge of pursuing a focused goal while cultivating the flexibility necessary for today’s challenging business environment. Both Chamber members and the general public are encouraged to attend. Cost for G-ACC members is $25 and non-members is $30.  Reservations may be made online at www.GreencastlePAChamber.org or by calling the Chamber at 717-597-4610 during business hours, Monday to Friday, 8:30 a.m. to 4:30 p.m.