Who loves music? We know you do! And luckily for you, it’s ANOTHER week for Music Spotlight! On this week’s edition of Music Spotlight, we introduce to you, Mr. Brian Shermeyer.

Brian comes from Waynesboro, PA, one of the fine towns that make up Franklin County. Brian is a seasoned musician with an MBA in music! However, a majority of his training and skills were sharpened via touring in the 70s and 80s. He’s collaborated with numerous musicians playing a variety of musical styles such as jazz, funk, rock, and country. More recently though, Brian has returned to writing, composing and performing music. And currently he collaborates with another local musician named Brad Munn. Together they make up the duo “The Tone Riders”.

Brian is also an active member of the Waynesboro Arts Alliance. He makes up one of the members of the Singer-songwriters group that meets in Music Makers of Waynesboro and he also attends their open mics. In being a member of these groups, it has instilled an inspiration for Brian to continue honing his craft as a songwriter. As a result, he created a YouTube page in February of this year.

Brian’s YouTube channel is a platform for which he shares his originals. His pieces feature improvisations common within jazz music. It makes for an unpredictable journey through his songs. The lyrics pose complex sentences and thoughts that leave listeners thinking and wanting to breakdown concepts behind the song. Listeners will tap into their introspections, their heart and soul as well as their spirituality.

For a taste here is Brian’s song “You Never Know,” listen here.

This week’s  Music Spotlight focuses on the Semi-finalists of 2020 A Cappella & Unplugged–Ace Johnson, Blaine Phebus, Gabriele Stone, Holly Gouse, Jason Sheffield, Dominik Wiesniewski, Paul Saliga, Pyxus, Robert Twine, and The Mimic. Listen here, and like your favorite. Then, share with others. At noon, on Tuesday, August 4, most-liked performances will move onto the Finals of 2020 A Cappella & Unplugged, held on the August First Friday in downtown Chambersburg, August 7, outside the 11/30 Visitors Center at 7 PM. The winner will be selected that evening by online likes of performances and in-person votes.

A Cappella & Unplugged 2020  is the sixth annual event. It started in 2015 as part of the 1864 Commemoration to showcase the energy and spirit of people. With the impact of COVID-19,  the online aspects of A Cappella & Unplugged has allowed the event to continue in 2020. Though structured differently because of COVID, A Cappella is a little different, but still has lots of talent.

Hungry for some more local music? Well, you are in luck because it is another Music Spotlight! This week’s edition of Music Spotlight focuses on a full-time, hardworking musician with a creative mind that does not stop. His name is Jason Sheffield.

Originally from McConnellsburg, PA, Jason is now residing in the historic town of Gettysburg. He is a seasoned musician who has been doing his thing for many years. His music and career have taken him to many towns and cities all over. From doing tours down the east coast, to busking on the board walk of Ocean City, Maryland, Jason Sheffield is a musician who doesn’t rest.

When it comes to music, Jason covers a variety of cover songs paired with his catchy originals. The covers played by Jason do not always resemble the original tune. More so, Jason attempts to put is own personal touch on the particular song that is played. It is intriguing to see and hear because it exhibits his innate ability for creativity. This same aspect holds true for his originals. When hearing a Jason Sheffield original, you cannot help, but to be hooked and pulled in by is groovy guitar rhythms. Then in comes his voice with catchy words and phrasing. It also falls into the same entrancing rhythm evoked by his guitar playing style.

Wanting to know more about Jason Sheffield? If yes, that is perfect because you can find him on Facebook via his personal page. He is also active on Instagram at “iamjasonsheffield”.

But for a little taste of Jason’s work, here he is performing his original “Inside My Head”  on YouTube: 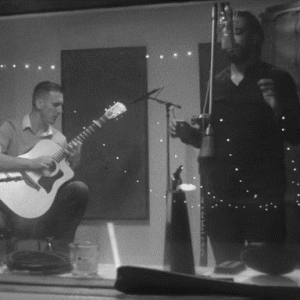 There are so many things to look forward to in a new week. New experiences, another week of living, and a new music spotlight post! This week will be a real treat. This group is fresh as of February of this year. Introducing Music Spotlight featuring The Seventh Sunset.

The Seventh Sunset is a new duo born out of Chambersburg in Franklin County. It is composed of two members: Tony Eckenrode on guitar and Josh Rayner as the vocalist for the group. Josh Raynor was formerly a member of the band Pabrael and also represented vocals. The pairing between Tony’s articulate guitar work and Josh’s gentle, yet powerful, soulful voice is undeniably entrancing. Tony gracefully plays beautiful finger-picked melodies and harmonies on his guitar while adding the necessary percussive rhythms to carry songs through with a groove. Then comes Josh’s voice like a hand walking you through a picture. The Seventh Sunset is certainly a killer combo of two fine musicians.

Because they are a bit fresh, The Seventh Sunset does not have very many gigs lined up for the public. However, that soon will change as more cover videos and live-stream videos are presented. If you or some one you know is looking for entertainment, be sure to pick these guys up because they are worth it like so many of the other featured Music Spotlight acts.

To catch their next live-stream or cover video, find The Seventh Sunset on facebook and like them! Click here for a video of the duo covering The Cure’s “Love Song”. Enjoy!

On this week’s edition of Music Spotligth meet a young musician and resident of Franklin County…Nik Wiesniewski.

Nik Wiesniewski is a Waynesboro native making up part of the younger demographic of musicians in Franklin County. His voice is powerful, yet ever so gentle to the ears. His playing is heartfelt and intentional with each note. When you hear him, you could certainly pick him out of a crowded open mic scene! Often times he is given the opinion that his voice resembles the likes of Ed Sheeran. But there is so much setting him apart from the famed musician and songwriter. As far as influences, they are derived from the many local musicians within Franklin County. At a young age, Nik remembers going to venues to listen to many different talents such as Henri Verdel.

Nik’s originals portray the rare aspects of love and appreciation of human life. With each tune, he exposes human vulnerability and all that it entails. Each word shedding the shear honesty that he is not afraid to show. While listening, it’s hard not to get lost in a trance. This young man stands by the statement of “appreciating human life” and just how beautiful it is. This is a statement all of us could learn to embrace and cherish. 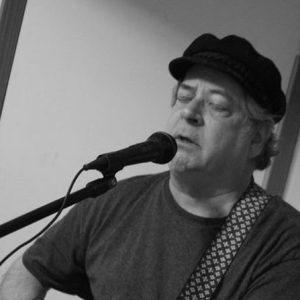 This gentleman is a musician veteran. Dean started playing guitar and kicking around in bands in the 1960s in his home state of Connecticut. However, rolling into the 1970s he started to gravitate towards acoustic music such as the folk movement. He would go on to be a member in several folk rock groups. As a result, Dean Ray felt the urge and motivation to begin composing his own music. He would ultimately develop a reputation for his Americana-style folk rock sound, telling a picture perfect story with each song.

After serving in our nation’s navy for 10 years, Dean Ray has made his home here in Chambersburg, PA. Over the last approximately 20 years, Dean has been a part of a few notable groups such as the Short Horse Wranglers, a super group of a couple other local musician veterans. Although, mainly he has solidified his ability to carry himself as a solo musician and songwriter.

If you would like to hear some of Dean’s original music, he has released an album under his original name, Dean Brocious. It is titled “For Sale by Owner”. It is the prime example of Dean’s story telling and insightful composing ability. You may find it on Itunes, Spotify, and Rhapsody. Be sure to add him on facebook for livestream videos as well as cover videos!