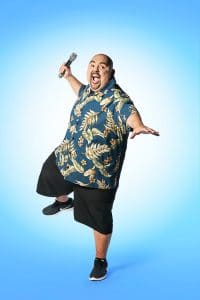 Gabriel Iglesias is one of America’s most successful stand-up comedians performing to sold-out concerts around the world. Iglesias was featured in The Hollywood Reporter’s Top 40 Comedy Players of 2018 issue alongside comedy giants Jerry Seinfeld, Chris Rock and Lorne Michaels. Unlike many in the stand-up world, Iglesias’ globally appealing comedy stays mostly clean and his non-controversial material appeals to audiences of all ages and walks of life. Iglesias has also had the distinct honor of being one of the few to headline and sell-out Madison Square Garden, Staples Center and The Sydney Opera House. He is also one of the most watched comedians on YouTube with over 380,000,000 views and has over 14 million followers across social media.

Iglesias is currently in production as star and Executive Producer of the new multi-cam comedy series for Netflix Mr. Iglesias. Iglesias plays a good-natured public high school teacher who works at his alma mater. He takes on teaching gifted but misfit kids to not only save them from being “counseled out” by a bully bureaucrat Assistant Principal, but also to help them unlock their full potential. The series will have 10 half-hour episodes.

In addition to the Netflix comedy series, Iglesias stars in two stand-up comedy specials for the network. The first, titled One Show Fits All, was filmed in front of a sold out audience at the Toyota Center in Houston. His second special for the network will tape sometime in the next year, both of these specials are follow-ups to his highly successful 2016 special I’m Sorry For What I Said When I Was Hungry. Iglesias has signed on to star in STXfilm’s animated feature Ugly Dolls alongside Kelly Clarkson, Pitbull, Blake Shelton and Nick Jonas.

On the small screen, Iglesias was a recurring guest star on the ABC sitcom Cristela and guest starred in ABC’s hit comedy Modern Family. Iglesias was also the star and creator of Fluffy’s Food Adventures, a non-scripted comedic docu-follow series that completed a 3 season run on Fuse TV. In addition, he hosted and starred in his hit series Stand-Up Revolution for 3 seasons on Comedy Central. Comedy Central also premiered Gabriel Iglesias: Aloha Fluffy in an unprecedented two-night comedy special to over 15 million viewers. The special was a follow-up to his previous DVD specials, Hot & Fluffy and I’m Not Fat…I’m Fluffy, which have sold millions of copies. In 2016, Iglesias released his 6th one-hour comedy special, I’m Sorry for What I Said When I Was Hungry on Netflix worldwide.

Feature film credits include co-starring roles in Magic Mike, Magic Mike XXL and A Haunted House 2. His voice can also be heard in numerous animated films including the Academy Award winning Coco, Show Dogs, Ferdinand, The Star, Smurfs: The Lost Village, Norm of the North, The Book of Life, The Nut Job and Disney’s Planes. Iglesias also starred in the motion picture comedy film, The Fluffy Movie.

Reserved tickets can be purchased by visiting or calling the Luhrs Center box office at 717.477.SHOW (7469) or online at: www.luhrscenter.com