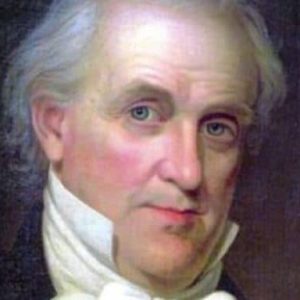 The 15th President of The United States of America, James Buchanan, Jr., was born April 23, 1791, in a log cabin in Cove Gap, Pennsylvania (now known as Buchanan’s Birthplace State Park). He was one of eleven children born to James Buchanan Sr., a businessman, merchant, and farmer, and Elizabeth Speer. In 1797, the family moved to nearby Mercersburg, Pennsylvania. The home in Mercersburg was later turned into the James Buchanan Hotel.

Buchanan attended the village’s Old Stone Academy and then Dickinson College in Carlisle Pennsylvania, graduating with honors on September 19, 1809. Later that year, he moved to the capital of Pennsylvania. The most prominent lawyer in Lancaster, James Hopkins, accepted Buchanan as an apprentice, and in 1812 Buchanan was admitted to the Pennsylvania Bar after an oral exam. Lancaster would remain Buchanan’s home town for the rest of his life.

Buchanan began his presidency on March 4, 1857 and served through 1861. Buchanan is ranked as the worst president in U.S. history. His personal life has attracted historical interest as the only president from Pennsylvania, the only president who remained a life-long bachelor, and the last one born in 18th century. Buchanan caught a cold in May 1868, which quickly worsened due to his advanced age. He died on June 1, 1868, from respiratory failure at the age of 77 at his home at Wheatland, Pennsylvania.

A  pyramid structure stands on the site of the original cabin where Buchanan was born. This memorial in the nation’s capital complemented an earlier monument, constructed in 1907–08 and dedicated in 1911, on the site of Buchanan’s birthplace in Stony Batter, Pennsylvania.