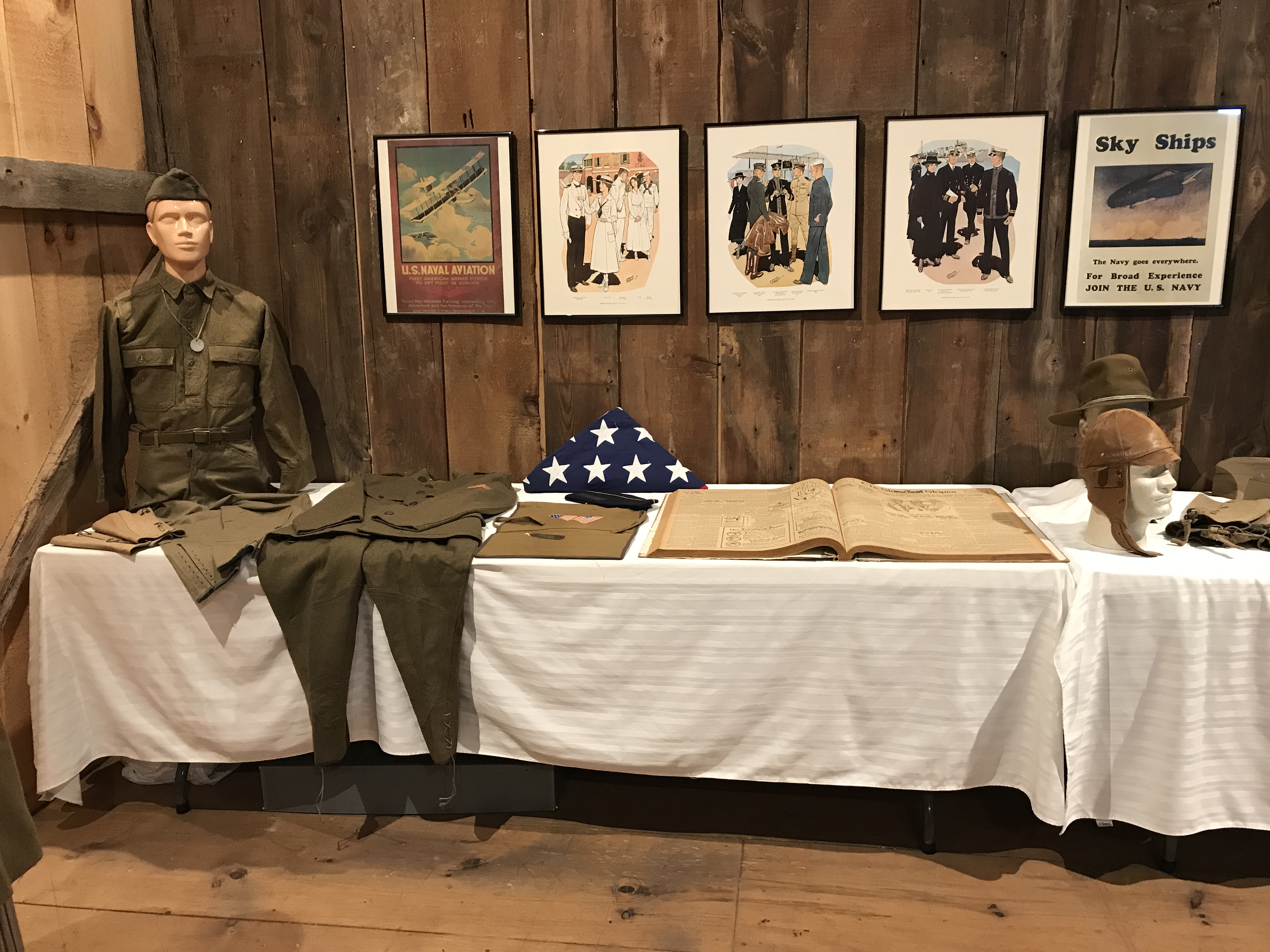 Allison-Antrim Museum, on Ridge Avenue in Greencastle, is commemorating the end of the Great War with a fall exhibit from its collection of uniform items and photographs of native sons. In addition, WWI recruiting posters, trench art, souvenirs, Prussian helmets, rifle bayonets, a slide show of WWI photographs from France and Germany are on exhibit through November 23, 2018. Allison-Antrim Museum is open regularly Tuesday to Friday, noon to 4 pm and Saturday, 11 am to 1 pm.

On November 24, as part of the grand opening of the Franklin County 11/30 Center, 15 South Main Street, local historian Mike Marotte will tell the story of WWI and its ending through the original source letters of a local resident. In addition, a feature exhibit of the new center will remember the impacts of WWI in Franklin County.