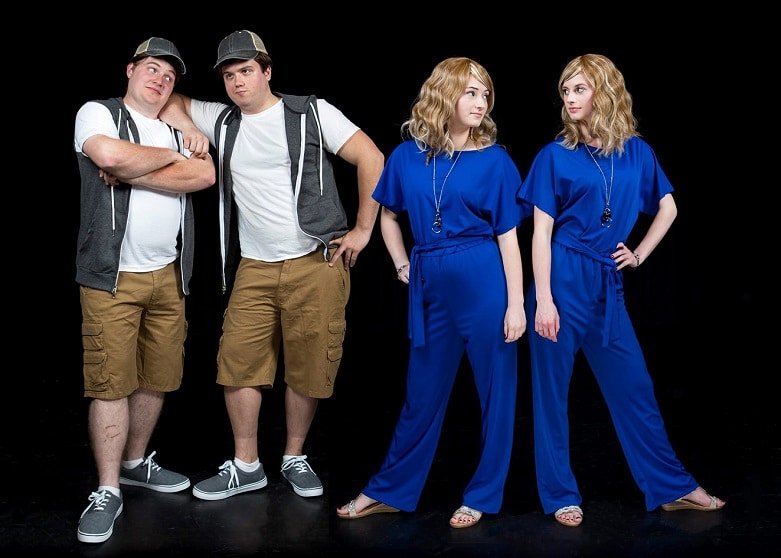 The performance is free and open to the public. A Comedy of Errors is the second Shakespeare in the Park production by the Maryland Entertainment Group (MEG) of Hagerstown to be presented at Renfrew Park.

“This show represents the institute’s continued effort to bring Shakespeare in the Park back to our local community,” said Tracy Holliday, executive director of Renfrew Institute.

A Comedy of Errors is a farce about two sets of identical twins who were separated at birth. Twins Antipholus of Ephesus and Antipholus of Syracuse—along with their twin servants, Dromio of Ephesus and Dromio of Syracuse—find themselves in the same town, unaware of each other’s existence. Chaos ensues as identities are mistaken, false accusations are made, and puns run rampant.

Among Shakespeare’s shortest comedies, the play was written in the early years of Shakespeare’s career, relying heavily on slapstick and word play.

Director Sam Little has created a novel twist for the comedy. “Comedy of Errors is already a really funny show by itself, but we wanted to up the ante by doing a little gender swapping,” Little said. “Shakespeare is great at creating power dynamics between the sexes in his plays. We found that when you swap the sexes of the original characters it provides a whole new perspective on the roles we place on gender in society throughout history and also provides another level of comedic potential in the play. The result is both thought-provoking and hysterical.”

The production debuts a new partnership between the Alexander Hamilton Memorial Free Library and Renfrew Institute, Novel Reels LIVE! The Novel Reels program, combining free books and free movies, began three years ago as a way of helping young people make the connection between movies on screen and the books they read.

Novel Reels LIVE! expands to live performances with the Shakespeare in the Park production. Those attending will get a free copy of A Comedy of Errors, plus a certificate inviting them to the library at 45 E. Main St. to receive a free copy of Shakespeare’s Much Ado About Nothing.

“A summer evening at Renfrew and Shakespearian comedy is already a winning combination,” Holliday said, “but when you add free copies of not only one, but two, of the Bard’s plays, this makes the event even more special.”

Attendees are encouraged to bring blankets, lawn chairs and picnics as they enjoy Shakespeare under a summer sky.