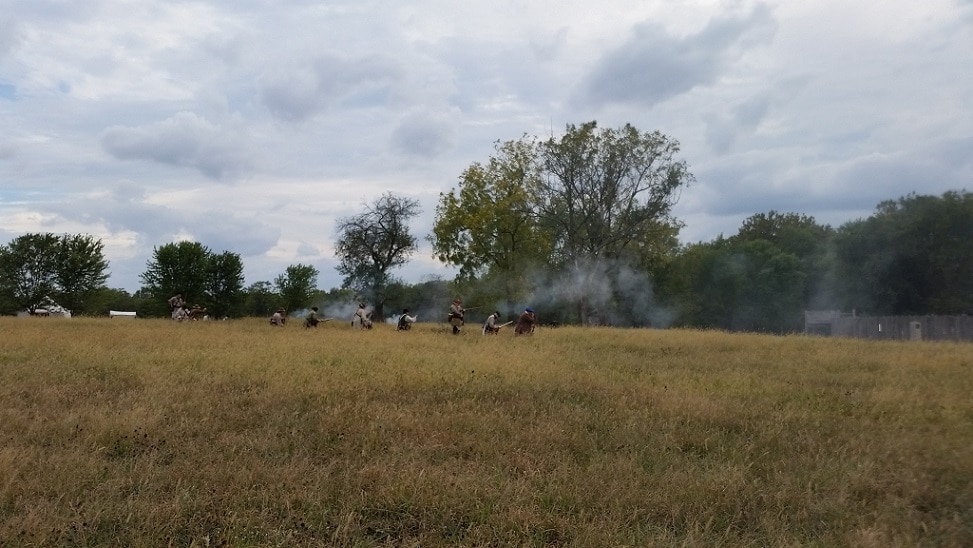 This year’s theme is “1756”, the year that John Armstrong and his Pennsylvanians built Fort Loudoun. See 18th Century fort construction.  The Pennsylvania Regiment will be busy building a magazine, well house, a drain, a butcher pavilion, as well as putting the finishing touches on the Guard House, the newest addition to the fort. The historical significance of the Guard House, first mentioned in a June 1758 letter to Colonel Henry Bouquet, is that it was where 6 members of James Smith’s Black Boys were held during the Black Boys Rebellion in 1765.  This structure is the same size (12’x16’) as Fort Morris’s Guard House from Shippensburg. The reconstructed Fort Loudoun sits exactly on the spot as it was discovered by Pennsylvania Archaeology in 1978-1982.

The Fort Loudoun Historical Society is an all-volunteer non-profit organization whose mission it is to interpret and manage the site of Fort Loudoun built in 1756.  Fort Loudoun was a provincial fort built by the Colony of Pennsylvania during the French and Indian war and served as an important supply depot in the line of forts along the Forbes Road.  It was the site of the Cherokee Council with Colonel Henry Bouquet in 1758 and of James Smith’s Black Boys