TOTEM POLE PLAYHOUSE TO PRESENT THE LARGEST PRODUCTION IN its SIXTY-NINE YEAR HISTORY, “THE BEST LITTLE WHOREHOUSE IN TEXAS” 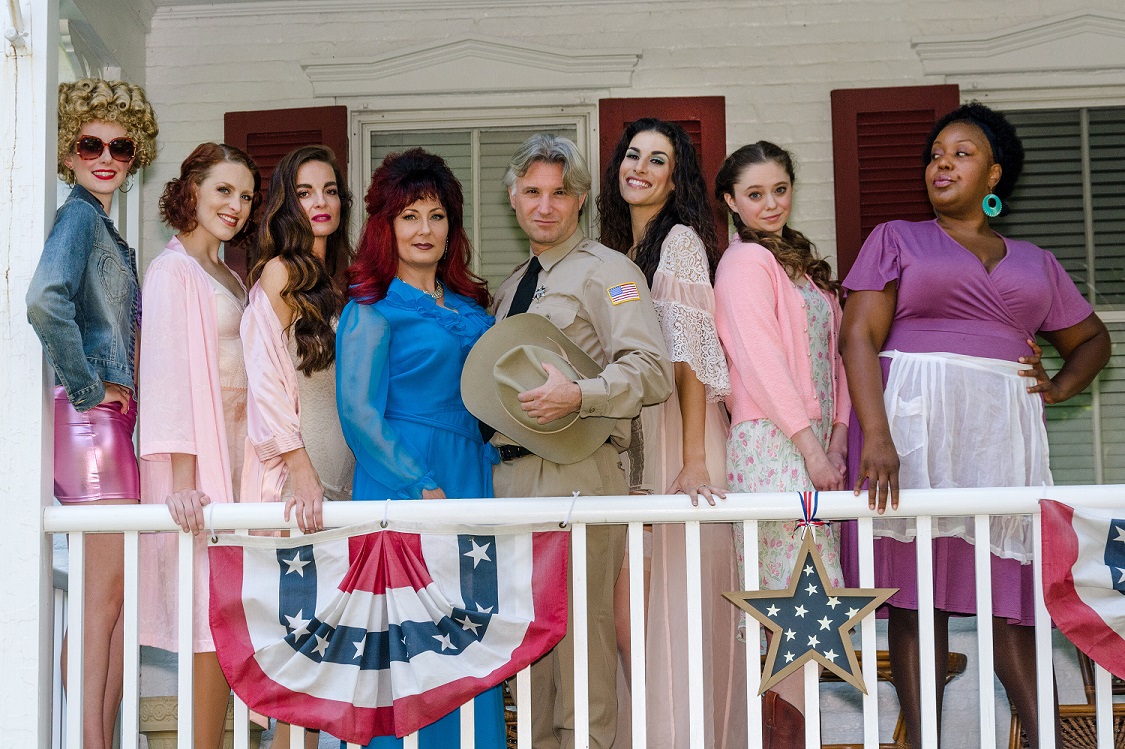 Totem Pole Playhouse, America’s summer theatre, located in Caledonia State Park between Gettysburg and Chambersburg, PA will offer the largest production ever staged at the historic 69 yr. old Playhouse, The Best Little Whorehouse in Texas, which is being produced by Theatre A Go-Go, Inc. as the fourth offering in the Playhouse’s new summer subscription series.

The show offers a happy-go-lucky view of small-town vice and statewide political side-stepping and recounts the demise of the Chicken Ranch, a brothel that has been operating outside of fictional Gilbert, Texas, for more than a century. It is under the proprietorship of Miss Mona Stangley, who is on good terms with the local sheriff, Ed Earl Dodd. Governors, senators, mayors, and even victorious college football teams frequent Miss Mona’s cozy bordello, that is until crusading television reporter, Melvin P. Thorpe, decides to make the illegal activity an issue causing political ramifications which force the place to be closed down. The 1982 film version starring Dolly Parton and Burt Reynolds was one of the highest-grossing live-action musical films of the 1980s.

Branson, Missouri veteran performer, Miranda Jane stars as ‘Miss Mona’, the proprietress of the legendary “Chicken Ranch.”  Kristofer Holtz plays the Sheriff, ‘Ed Earl Dodd’ who watches over Miss Mona and her girls. J.R. Stuart, who played the larger than life Producer in Totem Pole’s 2017 production of The Drowsy Chaperone returns as ‘Melvin P. Thorpe’, the crusading television reporter. Shuga Henry plays, ‘Jewel,’ the housekeeper at the Chicken Ranch and Lee Merriman plays ‘the Governor’ who eventually orders the place shut down. Playing other supporting roles are Taylor Whidden as ‘Doatsy Mae,’ ‘Ed Riggs as Senator Wingwoah,’ Michael Krikorian as ‘Mayor Rufus Poindexter,’ Chris Cook as ‘C.J. Scruggs,’ and Michael Amoroso in the dual roles of ‘Edsel Mackey,’ the town’s newspaper editor and the guitar-playing ‘Bandleader’ who serves as the show’s narrator.

The remaining ensemble members who will also be playing a variety of parts are: Logan Cook, Rachel Kern, Bryton Zook, Kristine Neiman, and Andrew Zabetakis.

As with each of its productions Totem Pole is offering half-price preview performances the first weekend of the show; Friday, August 2 at 8pm and Saturday, August 3 at 2pm and 8pm with all seats general admission and priced at $25.00. The production opens Sunday, August 4 at 2pm and continues through August 18th.

In addition to the three half-price previews, this summer, Totem Pole instituted a new “Date Night Special” with patrons offered 50% off a second pair of tickets when they purchase one pair at full-price.