Allison-Antrim Museum Reprises A Conversation With Bill Nack, Author of “Secretariat: The Making of a Champion” 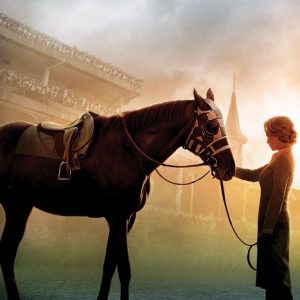 On October 14, 2010, William “Bill” Nack, was Allison-Antrim Museum’s monthly speaker. Nack, the turf writer for Newsday newspaper from 1972 to 1975, wrote the book Secretariat: The Making of a Champion.  Nack talked about the career of Secretariat and wove into the narrative his own extraordinary career as a turf writer, beginning with how he began to write about racing for Newsday newspaper on Long Island.  Nack shared the story of how he first met Secretariat when he was an unknown, unraced two-year-old, and finished with how he followed Secretariat through his triumphant, record-shattering run through the 1973 Triple Crown.
Nack left the Newsday turf writer to become the paper’s sports columnist, writing about a myriad of sports from boxing to baseball to auto racing to tennis. From 1979 to July 2001, he was the senior writer for Sports Illustrated.  In 2003, Perseus Books published an anthology of Nack’s magazine articles called My Turf.  Nack’s book Secretariat: The Making of a Champion was made into a Disney-produced movie “Secretariat,” starring Diane Lane and John Malkovich.  “Secretariat” opened October 8, 2010, six days before Nack spoke in Greencastle. William “Bill” Nack passed away in 2018.  Bill Nack’s October 2010 speaker presentation can be seen at: https://greencastlemuseum.org/videos.
For more information, please visit: www.greencastlemuseum.org, daily on Facebook, on Twitter @greencastlemuzm, or call 717-597-9010.