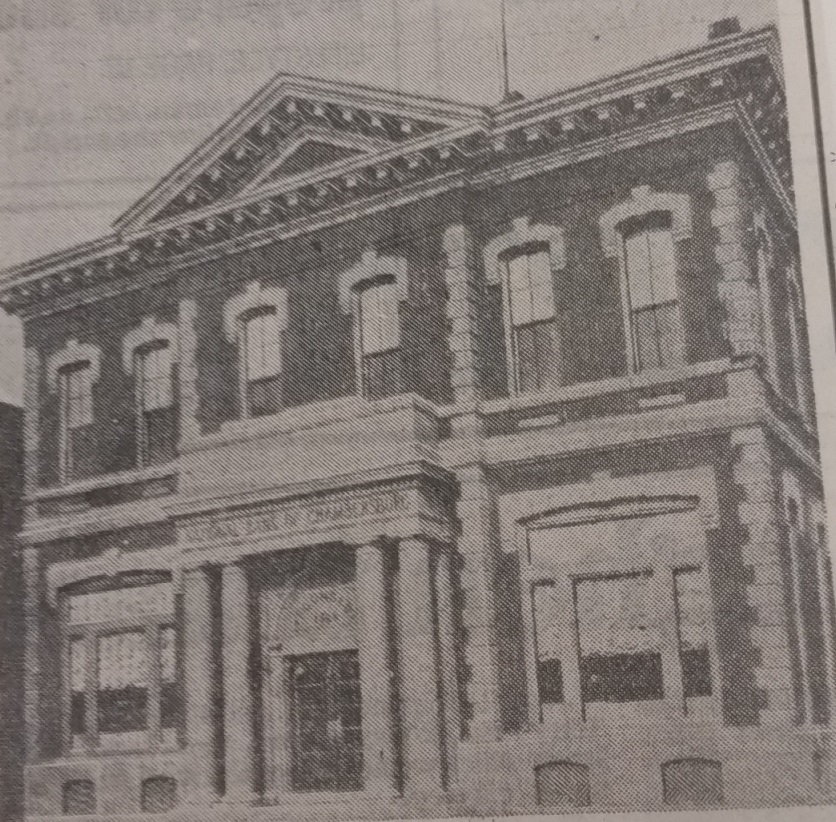 The property, built in 1865 as the National Bank of Chambersburg, served the community as a bank for 150 years. It replaced a previous bank, burned by Confederate soldiers in July 1864 when residents of Chambersburg could not pay a ransom demand of $100,000 in gold or $500,000 in Yankee currency.

FCVB launched its relationship with the Ghost Pit in December 2017 with an initial investigation of the property. A second investigation was completed two months later, just before renovation of the property began. In these investigations, the Ghost Pit documented several paranormal interactions, including a playful exchange with a young boy, who played a game of hide and seek. Though all interactions were benevolent, a 19th century bank executive was worried about the security of bank funds as was a 20th century bank guard.

The Franklin County Visitors Bureau invites the public to join the paranormal investigation. Tickets are limited to the first 26 participants and are $10/person. Purchase tickets on Eventbrite here.

Following the January 31 investigation, the Ghost Pit will give an update of paranormal activity at 15 South Main Street during IceFest Saturday, February 2, in the second-level Great Room of the Franklin County 11/30 Visitors Center at 2 PM.

Exploring paranormal activity with The Ghost Pit is just one way to discover Franklin County PA. The Franklin County Visitors Bureau invites all to explore history, arts and architecture, recreation, natural beauty, fresh foods and the warm hospitality of communities like Chambersburg, Greencastle, Mercersburg, Shippensburg, and Waynesboro. Franklin County PA is located just north of the Mason Dixon Line and is an easy drive to Washington DC, Philadelphia, and Pittsburgh. Plan a visit at ExploreFranklinCountyPA.com, contacting 866.646.8060, or stopping by the new Franklin County 11/30 Visitors Center on the square in Chambersburg.