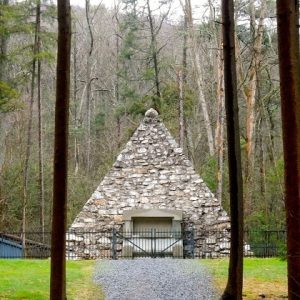 Nestled along Route 16 in the Tuscarora mountain range is large stone monument marking the birthplace of our 15th president, James Buchanan, born on the site in 1792. The monument is the centerpiece of the Buchanan Birthplace State Park and marks the location, known as Stony Batter, where the Buchanan family homestead once stood.

The monument, shaped like a pyramid, was built of native stone from the architectural design of Baltimore firm Wyatt and Nolting. It is 38 -ft. square and 31-ft. high. It contains 50 tons of hammered American gray granite and 600 tons of native rubble and mortar make up the pyramid.  Construction of the pyramid began in October 1907 and concluded in mid-November 1907. The Pennsylvania General Assembly of 1911 accepted the monument from the trust of Harriet Lane Johnston and Buchanan’s Birthplace State Park was formally established.

It is one-of-a kind! 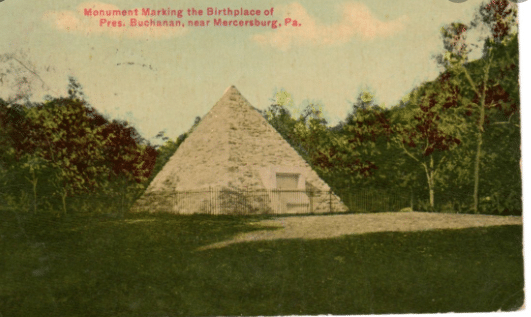