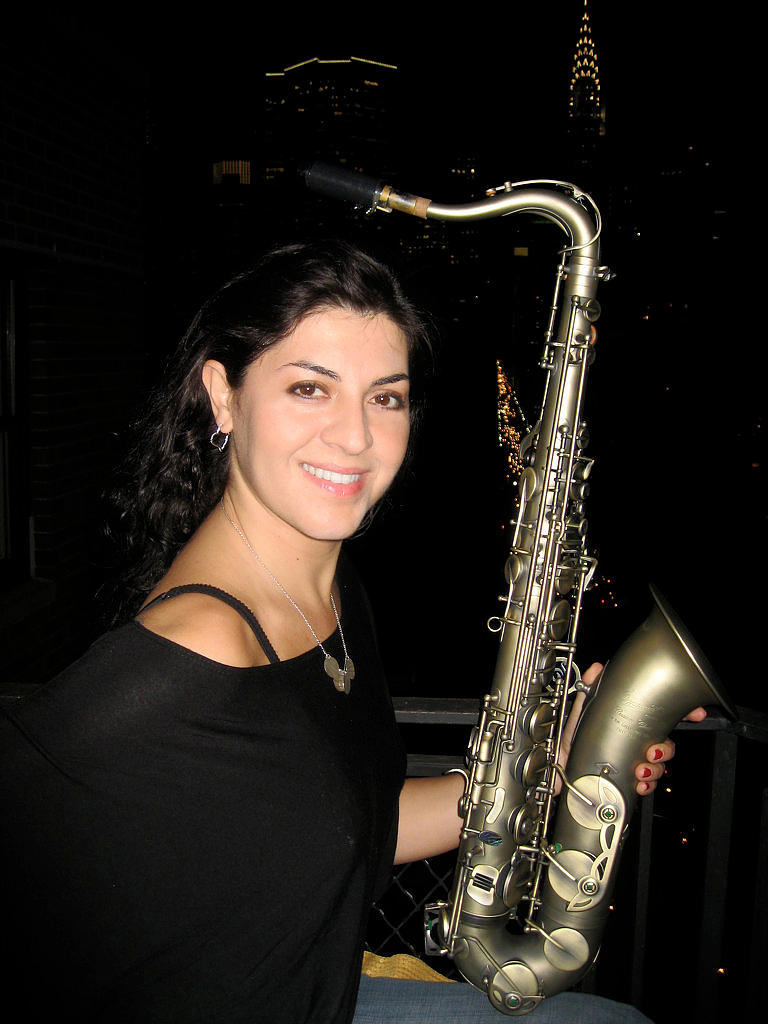 Renfrew Institute’s 27th annual Jazz Festival is scheduled for Sunday, August 26, from 2:00 to 4:00 p.m. on the lawn behind the Renfrew Museum house in Waynesboro, Pa. The concert features world-renowned musicians and is offered free to the public.

“Each one of these artists is an internationally renowned jazz musician,” said event organizer, Andrew Sussman. “The concert is a unique opportunity to hear them play together—and it’s all free in beautiful Renfrew Park!”

Lead sponsor, FirstEnergy Foundation on behalf of West Penn Power, is returning this year to support the event. “We are proud to help sponsor this marvelous concert that brings extraordinarily talented jazz musicians and vocalists to our backyard for our customers and others to enjoy,” said David McDonald, president of West Penn Power.

Jazz trumpeter and composer, Randy Brecker has helped shape the sound of jazz, R&B and rock for more than four decades. His performances have graced hundreds of albums by a wide range of artists from James Taylor, Bruce Springsteen and Parliament/Funkadelic to Frank Sinatra, Steely Dan, and Frank Zappa. In 1967, Brecker ventured into jazz-rock with the band Blood, Sweat and Tears, but left to join the Horace Silver Quintet. He recorded his first solo album, “Score,” in 1968. After Horace Silver, Brecker joined Art Blakey’s Jazz Messengers before teaming up with brother Michael, Barry Rogers, Billy Cobham, and John Abercrombie to form the seminal fusion group Dreams.

The group recorded two adventurous and widely-acclaimed albums before they disbanded in 1971. In the early 1970s, Brecker performed live with many prominent artists including Larry Coryell’s Eleventh House, Stevie Wonder and Billy Cobham. By 1975, Brecker and his brother Michael were ready to front their own group, the Brecker Brothers Band. A band of immeasurable impact and influence, they released six albums on Arista and garnered seven Grammy nominations between 1975 and 1981. Since then, his credits and awards are far too numerous to list here. Over the years, Brecker has received 18 Grammy Award nominations and won a total of six, and remains one of the most celebrated and highly respected jazz musicians in the world.

Richard Sussman is an accomplished jazz pianist, composer, music technologist, educator, and author. He has performed with many jazz and pop greats including Lionel Hampton, Lee Konitz, Houston Person, Buddy Rich, Randy Brecker, Blood Sweat & Tears, David Sanborn, Marty Balin, Country Joe McDonald, and Donna Summer. As a leader, Sussman has recorded five critically-acclaimed albums of original music, including the classic “Free Fall” and his most recent, “The Evolution Suite” for jazz quintet, string quartet, and electronics. His large ensemble arrangements have been performed by the Village Vanguard Orchestra, Metropole Orchestra of Holland, and the American Composers Orchestra in New York. Sussman has been a member of the jazz faculty at the Manhattan School of Music since 1986, where his responsibilities have included teaching and developing curriculum for jazz arranging and composition classes and managing all aspects of the Electronic Music Technology Studios. His book, Jazz Composition and Arranging in the Digital Age (Oxford University Press), has been hailed as a comprehensive and trend-setting text for jazz composers in the 21st century.  Sussman has received numerous awards including two NEA grants in Jazz Composition, an ASCAP Jazz Composition Award, and a Chamber Music America New Jazz Works grant. His extensive work in the field of film and TV has included projects for ABC, NBC, CBS, Disney, and Nickelodeon.

Italian native Ada Rovatti started playing saxophone in high school after years of classical piano training. She won a scholarship from Berklee College of Music in Italy, and divided her time between Boston—where she studied with Joe Viola and George Garzone—and Italy, where she worked in big bands with guest artists such as Phil Woods, Lee Konitz, Bob Mintzer, Randy Brecker.

In 2003 Rovatti released her first two CDs as a bandleader with the Elephunk Band and with guests Randy Brecker, Mike Stern and Don Alias. Her latest album, “Green Factor” is a unique recording with a melting pot of Irish/Celtic/jazz/fusion influences with strong harmonies and sophisticated arrangements. She has been touring with the Brecker Brothers Reunion Band and just released with the same band a double CD/DVD.

Bassist/composer Drew Gress performs extensively with artists on the cutting edge of contemporary improvised music. His latest project, “The Irrational Numbers,” features Gress’s original compositions for quintet. Earlier releases include the critically acclaimed “7 Black Butterflies” (2005), “Spin & Drift” (2001), and “Heyday” (1997). Gress can also be heard within the ensembles of John Abercrombie, Ralph Alessi, Tim Berne, Don Byron, Uri Caine, Ravi Coltrane, Marc Copland, Mark Feldman, Fred Hersch, John Hollenbeck, and John Surman. He has also grounded the performances of Buddy Hackett, Phyllis Diller, Zoot Sims, Cab Calloway, and Pia Zadora. Gress has toured North and South America, Europe, and Asia, and has served as Artist-in-Residence at St. Petersburg Conservatory in Russia and at the Paris Conservatoire. He has received grants from the National Endowment for the Arts, Meet the Composer, and Chamber Music America, and currently resides in New York.

Clarence Penn is one of the busiest jazz drummers in the world, a leader of multiple bands, a composer, a prolific producer, and an educator. Since he arrived in New York City in 1991, Penn has played with Ellis and Wynton Marsalis, Betty Carter, Stanley Clarke, Steps Ahead, Makoto Ozone, Michael Brecker, Dave Douglas, Maria Schneider, Luciana Souza, Richard Galliano, and Fourplay. His discography includes several hundred studio albums (including the Grammy-winning recordings by Randy Brecker and Maria Schneider) and he has toured extensively throughout the world. Penn has also composed music for films and produced tracks for numerous singers in the pop and alternative arenas. He earned a “Ten Best of 1997” accolade from the New York Times for his first leader recording, “Penn’s Landing.” Penn is also active as an educator and drum clinician and has taught on the faculty of the Banff International Workshop in Jazz and Creative Music, the Stanford Jazz Workshop, the Saint Louis College of Music in Rome, Italy, and the Jazz at Lincoln Center Intensive Jazz Institute. His most recent recording is “Monk: The Lost Files” which features modern arrangements of the music of Thelonious Monk.

Parking is available behind the visitors center, with additional parking in the lower lot off Welty Road. Those attending are encouraged to bring lawn chairs and blankets, and picnics are welcome. Rain site: Waynesboro Area Middle School auditorium.

For more information call Renfrew Institute at 717-762-0373, or visit www.renfrewinstitute.org.