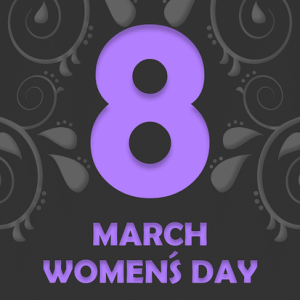 Franklin County Visitors Bureau (FCVB) invites the public to celebrate Women’s History Month at the Franklin County 11/30 Visitors Center. A new installation called Vision, Voices and the VOTE is slated to open on March 8, International Women’s Day. In 1908, more than 15,000 women marched in New York City to gain better pay, shorter workdays, and the right to vote. This event was one of several across the world to inspire International Women’s Day. It brought more attention to the long struggle of women’s suffrage, which was finally legislated on August 18, 1920 with the 19th amendment to the U.S. Constitution.

Doing the right thing shaped women’s history, just as it did African American and all of American history. The FCVB-sponsored essay contest continues in March and poses the question: What is your right thing? The contest has no age restrictions. Share a personal story, the influences of family, friends, ancestors, mentors and heroes; or share a part of history that shapes you. The contest offers five chances to win $100. Learn more here.

Vision, Voices and the VOTE tells the stories of centuries of Franklin County women. Visitors can become part of the multi-year installation by taking a selfie and adding it to the exhibit. Among the women highlighted are Molly Cochran Corbin. Born in Franklin County, she served as a female soldier during the Revolutionary War. As was the custom, she followed her husband to battle, cooking and caring for the soldiers. At the Battle of Fort Washington on Manhattan Island NY, November 1776, her husband was killed as he fired his cannon. Raised on the frontier of Franklin County, she follower her instincts and took her husband’s place at the cannon, loading and firing until she was severely wounded. She became the first American woman to receive a pension for her service.

Harriet Lane Johnston is another leading woman of Franklin County. She served as “First Lady” when she was the White House hostess for her uncle, President James Buchanan. Harriet Lane endowed a home for invalid children at Johns Hopkins Hospital, which served as a teaching, research, and training facility. In addition, she bequeathed an art collection to the Smithsonian Institutions, which is the foundation of the National Gallery of Art. Learn more about Harriet Lane here in the booklet by Joan C. McCulloh of the Mercersburg Historical Society.

During the mid-1990s and into the early part of the 21st century, Seven Local Women used their voices to spread the gospel. The ladies—Lois Waters, Theda Davis, Vickie Kieffer, Bertha Allen, Bebe Ransom, Frances Slaughter, and Doris Carson—came together from across Franklin County. All were active in their communities and churches.

Visit Vision, Voices and the VOTE to learn more about the contributions of Franklin County women. The exhibit will be open through May 1.