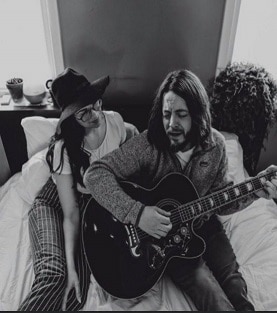 Imagine rolling through winding country roads with the windows down. The sun is getting close to setting over the gentle rolling hills. The cool summer air is rushing in through the open windows and of course, there is the relaxing echo of a fuzzy radio playing out music as the car bends around turns, hitting long strides of an open county road. Blaine Phebus would be the source of that music. Between the raspy, twang of his voice and his articulate guitar strumming, Phebus would be the perfect choice for a leisurely drive.

As far as influences, Blaine has gravitated towards numerous groups and songwriters. From heartfelt ballads of John Prine, to the bluesy, soul saturated tunes of Ray Charles, to the 90s rock twang songs from Blind Melon, and so many more, Blaine somehow embodies characteristic from each of his influences. It is truly something one must hear.

For Blaine, music is an outlet. In his words, “Music is an outlet or a door for me. I go in and punch the clock to my tiny world.” Though simple, this statement rings true. It offers him the opportunity to be creative and to do something to test his mind and keep him occupied. It lends him a chance to escape the overwhelming nature of life. Blaine says, “When I’m doing my thing, all the weight from that tiny world is gone. There are no responsibilities. There is nothing at all.” For him it is pure enjoyment. Not to mention, it is rewarding to produce something people appreciate and love.

Blaine is actively playing at venues around the area when the opportunity arises. So be sure to follow him on Facebook for gig updates! Also follow him on YouTube by searching “Blaine Show”. For a little taste, here he is playing one of his original tunes “Way Back There” click here.