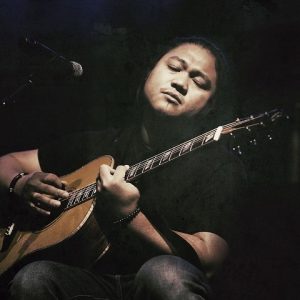 Originally from Tondo, Manila in the Phillipines, Otan moved to New York in his 20s. Each day Otan worked endlessly during the day and when the chance presented itself, he would play music at night. Initially starting out by covering his favorite songs, Otan was establishing his presence on YouTube. Covering many 90s rock hits, killer classic rock tunes from the decades, and modern rock hits from today, people started to take notice of this man’s ability to entertain and give his audience what they wanted to hear. Each one of his covers and originals are refined by his honest, humble nature, and powerful, yet controlled voice.

However, one night Otan would receive a huge break for all his modest, yet hard work. While attending a concert headlined by Aaron Lewis of Staind, Otan was noticed in the crowd by fellow audience members. Long story short, Aaron knew of Vargas from covering his music online. As a direct result, Aaron was more than compelled to invite Otan to the stage to play Staind’s hit song “It’s Been A While”. The Staind frontman went on to say, “For those of you who don’t know, this is Otan Vargas. And he plays my songs better than I do.” The audience erupts in a mix of laughter and applause while falling silent as Otan begins his cover.

To this day, Otan has continued entertaining those that follow him and support him. If you want to know more about him follow him on Facebook to watch his next livestream. You can also support him on his patreon account ( www.patreon.com/otanvargasmusic ) or at his website www.otanvargas.com.