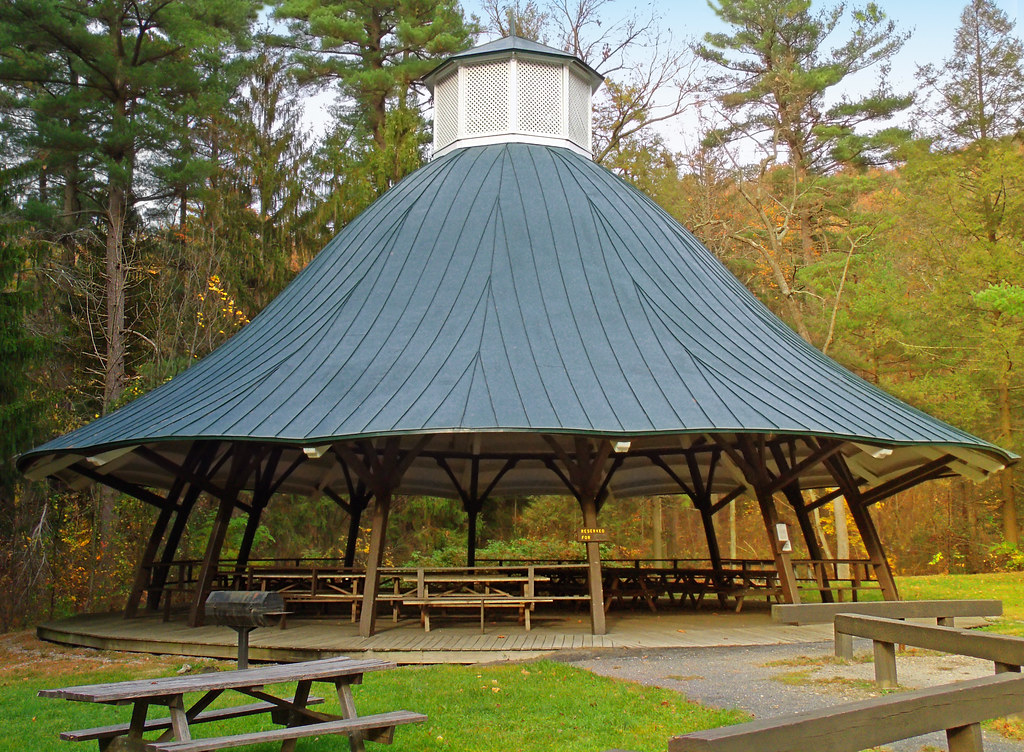 The “dog days” of summer are behind us and the crisp, cooler air of the fall season will soon give you an opportunity to enjoy some outdoor recreation among trees, bright with autumn colors.  Now is the perfect time to discover Mont Alto State Park.  Its quiet 24 acres features two pavilions, tables for picnicking, trails for hiking and the west branch of Antietam Creek, which runs through it, for trout fishing.

While it may not offer all the amenities of some larger state parks (i.e. swimming or camping facilities), a father with his six children I met while visiting the park called it, “Franklin County’s secret gem.”  Mont Alto State Park lies on both sides of Rt. 233, adjacent to the Mont Alto Campus of Penn State University.

The land was first occupied by the Mont Alto Charcoal Iron Furnace built in 1807 by Colonel Daniel Hughes and his sons on land granted to Hughes’ father by Lord Baltimore.  In 1864, the iron works was sold to a partnership headed by Colonel George B. Weistling of Harrisburg, who built a summer resort there, and in 1875, established the Mont Alto Park.

The park quickly became a popular mountain retreat.  On special occasions, it was not unusual for 8,000 to 10,000 people to come and enjoy what the park offered – a dance pavilion, kitchen facilities, secluded walking trails, swings, quoit and croquet grounds, a shooting gallery, picturesque springs, an overlook atop Oak Knob and a gymnasium.  The only structure remaining is the unique domed dance pavilion.  But as you walk through the surrounding mountain, you can still see many remnants of the past.

The park outlived the ironworks, which ceased operations in 1893, not long after the death of Mr. Wiestling.  The Commonwealth of Pennsylvania purchased the park and furnace lands, which became part of Michaux State Forest.  The park became Mont Alto State Forest Park, Pennsylvania’s first state park in 1902 and remains is the oldest park in the Pennsylvania state park system.  It was later renamed Mont Alto State Park.  George B. Wiestling’s house became the Commonwealth’s first forestry school, Mont Alto Forestry Academy.  Today it is the Mont Alto Campus of the Pennsylvania State University and the Wiestling home is still in use.

Much has changed over the years, but much has remained the same if you check out the trees, wildflowers, ferns and wildlife.  In my brief visit to the park, I came upon some jewelweed flowers and a reptile I had never seen before or even heard of – a blue-tailed skink lizard!

Go ahead, explore Franklin County!  You too may be surprised at what you will discover.